What makes Vectrix Stand Out From Other Electric Scooters?

First impression? The Vectrix VX-1 looks like a large, gasoline-powered maxi-scooter from a distance. With its large, plush seat offering room for rider and passengers with its comfortable handlebars, it can be mistaken for so many gasoline-powered maxi scooters on the market today.

Let us get closer and know that there’s no mistaking this is an electric motorcycle. Initially, no tailpipe, but instead of a chain or shaft-driven arrangement driving the rear wheel, there is a hub-mounted 21-kilowatt-peak DC electric motor poking out from underneath the VX1’s sturdy frame.

The Vectrix Multi-functional Throttle. Every VECTRIX comes standard with our revolutionary patented Multi-functional Regenerative Throttle, which regulates the vehicle down by reversing the polarity of the motor to recharge the batteries on the fly. Thus provides a slow-speed reverse gear and enables ease-of-movement in parking and tight spaces.

Battery means Safety. What makes it classy of its own is that the VX-1 has the VECTRIX Lithium-Ion Battery System. Customers can prefer the battery size to match the requirements from the most affordable 5.5kWh battery (up to 100km of range). Its famous mid-range 8kWh battery (up to 150km range), 13kWh battery (up to 230km of scale), or the top of the line 16kWh pack (up to 280km range). While the Battery Management System monitors each cell’s independent voltage and temperature, it does provide a precise range estimation with complete battery protection during riding and charging.

With the system that is only known to be in the world; its functionality is to provide all contained in one grip. The scooter will accelerate, turn it up, and the scooter will slow down to a full stop. The same movement activates the reverse gear when the bike is stationary.

Available with four battery options: 5.5kW, 8kW, 13kW, and 16kW for a range of up to 280 km. The Vectrix VX-1 can offer a three-year Unlimited Mileage Warranty on the battery. However, third-party battery cycling tests show that the expected battery life of 10 years (capacity above 80% of nominal). 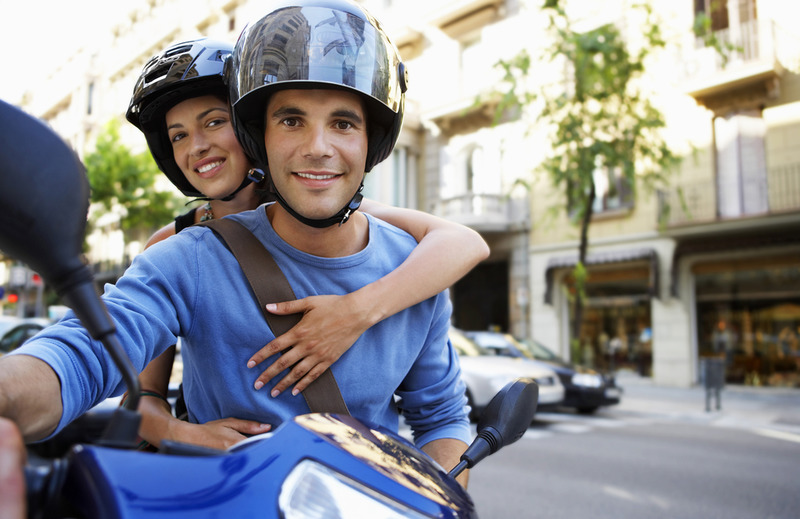 Compared to other small electric motorcycles and scooters, the VX-1 feels like a large motorcycle on the road. The commanding space from other road users gives you that smooth and stable ride. With the part of Starting and Stopping, the Vectrix VX-1’s regenerative braking aided you to prepare for corners without using any friction brakes.

Also, while its low center of gravity meant leaning into a corner was unusually comfortable. The laid-back riding style further said the steering felt particularly light, making the process of leaning the scooter into a corner as effortless as possible.

Tailored with the unrestricted summer screen, VX-1 gave some protection from the fall weather too. In a test done, speeds above 35 mph found that helmet severely buffeted by the wind moving up and over the summer screen. Additionally, rough sections of road were dealt with efficiently, with the Vectrix VX-1 handling most bumps and cracks without any fuss.

Each VECTRIX VX-1 comes equipped with a unique drivetrain while providing a powerful motor in a compact housing. It’s combined with a robust planetary gearbox placed in the rear wheel, zero maintenance, extreme durability, and low noise; this 11kW rated drivetrain can deliver 35kW of peak power seamlessly. With a flagship model, accelerate to 100km/h in less than 6 seconds.

For the Instrumentation. There are three displays on a clean console that provides a complete view of the scooter systems. It is the central display that shows a Classic Speedometer with kph and mph scales. The LED tail-lights, its turn signals, low/high beam, reverse gear, side stand, battery voltage warning, a high-temperature warning plus service wrench. A Digital Odometer shows mileage (km or miles) and service codes display, and the right side display has an LCD Battery Charge Gauge which shows the battery state of charge in graphic form.

The left side display also gives a System Display that has a clock, the motor status (Ready/Go), two-day trip meters, and an estimated range calculated precisely based on your riding style, speed, and battery state.

The Vectrix tricks can also cover everything from freeway riding to country lanes. This will give you the chance to test the VX-1 in a variety of situations putting the Vectrix VX-1 through its paces. While the Vectrix VX-1 managed impeccably on fast-moving freeways and that its essential skills lay in slower-moving traffic.

Recharging made so easy. Unlock the rear seat and pull out the 3m/10ft braided cord, close the seat and plug into a standard 230V/110V socket. That’s it! Just plug and recharge. With all VX-1 scooters, it is competent to operate at either 110-volts or 240 volts. The standard onboard 3.3kW charger will give you 1km per minute of charging, and the optional onboard 6.6kW charger can double that providing a range of 120km in just 1 hour. With its maximum power on standard home/office socket is 3.3kW @ 240VAC and 1.7kW @ 110VAC, 6.6kW charger gives full power on either single-phase 240VAC 32A or three-phase 400VAC 16A source. The onboard charger makes recharging the VX-1 easy and can be filled from empty in between 3 and 7 hours, depending on the battery pack installed.

The Verdict on Vectrix

Vectrix is hardly cheap. Nevertheless, if you’re a car driver rather than a motorcyclist and want an alternative vehicle to get to and from work, the Vectrix VX-1 can surely offer an all-electric solution at much less than an electric car. The only electric motorcycle considered in the market today, Vectrix VX-1, does offer two seats, making it the perfect choice for a couple who like to go out riding together.

Regenerative braking, especially on long downhill stretches, and its big-bike feel the VX-1 is the excellent commuter scooter or errand-running electric motorcycle—unquestionably out-accelerating most cars and giving the rider a safe and mainly comfortable ride.

Best and Most Stylish eScooter in 2021

Buying an Electric Scooter: What You Need to Know Before Buying