Electric scooters or commonly known as e-scooters are eco-friendly vehicles that are propelled with the use of a motor. These electric vehicles are vastly becoming popular all across the world mainly because of the advantages that they can contribute to the needs of the people such as high portability, less noise pollution, safety, balance and movement. These two-wheeled vehicles have been considered as the modern urban transport in today’s time, being the most manufactured product in various motorcycle companies. Harley-Davidson aims to provide high quality Harley-Davidson Electric Scooter and services to international customers.

Like any other product, electric scooters have their own downsides but they are not necessarily a serious issue. First, electric scooters can take up a lot of time for it to be fully-charged. It is considered to be longer than refueling an ordinary scooter. Next, some countries have strict laws in terms of using electric vehicles. Individuals are required to register their e-scooter to get a license and a permit in order for them to use it in public. Lastly, some e-scooters have low speed.

This disadvantage is not usually common since the speed of an e-scooter depends on the type of model and brand. Despite a few downsides, these do not eradicate the fact that they are more convenient than the typical scooters or e-bikes.

E-Scooter Companies Step Up with Innovations

Motorcycle companies are stepping up the game by creating new prototypes and enhancing the features to be established in their products. Harley-Davidson is well-known to be one of those companies. The American establishment was founded by Milwaukee Wisconsin in 1903 that is famous for its high quality and extensive motorcycles. This industry is one of the manufacturers that are driven to improve and enhance their commodities. Harley-Davidson aims to provide high quality products and services to international customers.

The business is known for its 30-grand electric motorcycle called Livewire. This variety of motorcycle was built to demonstrate the company’s ability to construct their first ever electric vehicle and its additional high quality features. However, it becomes a product that is almost out of reach for most riders due to its extensive cost. 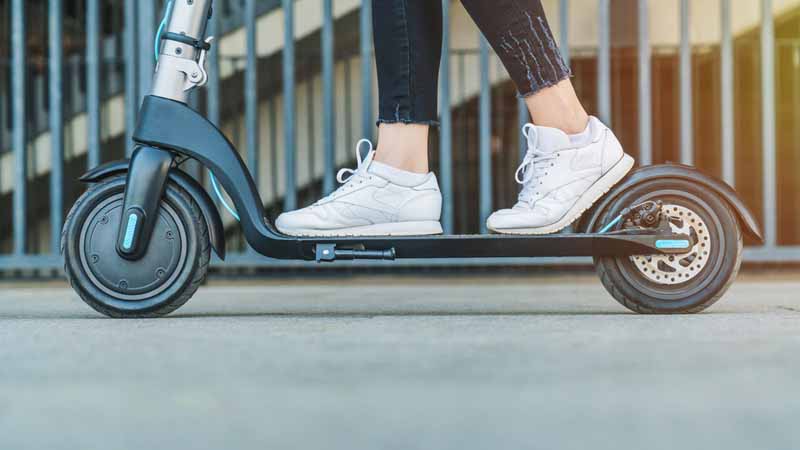 On the other hand, ever since the production of Livewire, the business has made an effort in exploring ways to develop and put a great progress in their electric vehicles, making it more affordable and accessible to many individuals. The planned prototype is an electric scooter that follows the popular electric moped style such as the ones in Juiced Scorpion or the Southern California style of Super73. The electric two-wheeler of Harley-Davidson is inspired by classic retro-styled bikes with more upgrade on their utility and recreation. This way, it can be more convenient and enjoyable for riders during their cruise.

Unlike Harley-Davidson’s Livewire, the electric scooter is much more approachable than any other big motorcycle. The prototype is most likely to possess a three to five kilowatt mid-drive motor that could handle a faster speed of 45-50 mph on busy roads. Considering the electric scooters of Harley-Davidson are designed similar to moped bikes, the establishment will try to keep it on the moped territory with a top speed of approximately 30 mph. In this case, it will be legal in many states and will not require a motorcycle license.

As mentioned before, the electric scooters will be more affordable. The company has yet to post further details about their new product, however it will certainly not cost you 30 grand. ONYX and Huck Cycles are both companies that manufacture electric moped models with a top speed of 30-60 mph. These companies offer the prices of their products at a considerable rate, not exceeding five grand. However, both industries are recently drowning in demand. Huck Cycles is quite new in the industry but reached three months of demand. Meanwhile, ONYX has reached almost two years of lead time. But has not sustained with their demand despite opening a second factory. Both of the companies offer warranties but it depends on whether the company will be able to survive for customers to honor their warranty.  Nevertheless, many customers hope to receive the same value when H-D announces their price rates.

Harley-Davidson is well-known to be a premium brand all over the world. The company may offer a price tag higher than what many people anticipate but it will certainly be a great advantage to them not being a new startup. In addition, the company has a few branches that can highly accommodate customers on a global network with quality services and support.

These electric scooters will definitely have a fertile opportunity in the market. Despite not being inclined to motorcycles, many individuals are willing to spend their money on these prototypes. It has been taken into consideration that these prototypes will be accessible and convenient to individuals with no clutch nor shift. Causing it to rapidly spawn during the global pandemic known as COVID19.

In a recent report made by Rideapart, the pandemic has caused a financial crisis among many individuals and has pushed delays in most establishments. Harley-Davidson— being one of the establishments wherein gas-motorcycle launches have been postponed due to the pandemic.

Purchasing a Harley-Davidson electric scooter is recommended to riders who seek urban motorbikes without worrying about spending too much. Unlike larger gas motorcycles, these prototypes are less expensive. It is considered to be a wise purchase for urban commuters since insurance is cheaper or sometimes unnecessary.

A large number of customers are seeking for more convenient and affordable ways in this time of crisis. And these electric scooters manufactured by Harley-Davidson may possibly be the answer to the problem.

More information and details are yet to be announced by Harley-Davidson and that includes the release date of the prototypes. Before the global pandemic started, it has been estimated for the electric scooters to be released in 2021 or 2022. In this matter, the plans for their new product may have been delayed. Electric scooters Nonetheless, these said prototypes are designed for the future of the cities. It can certainly have a big impact in the market. Meeting the needs and satisfactions of many individuals all across the globe.

The Advantages of Electric Scooters