Top Electric Cars for your next purchase? Start your search here

Top Electric Cars for your next purchase? Start your search here

Say ‘bonjour’ to electric cars and ‘adieu’ to gasoline or diesel-fueled cars. Electric vehicles. will soon flood the highways of the world. This is a prediction made by consumer groups after a recent survey reveals that more than half of California drivers are thinking of making that big switch. The big switch proves that electric vehicles will soon become the top choice of soon-to-be car owners. It has also been predicted that in the summer of 2016, there will be  skyrocketing sales on these cars.  After all, when sustainability and long-term economy become the top criteria,  electric vehicles  are the top options to check. Other reasons as to why EV’s are an excellent option is the absence of emissions and the quietness of the journey.

It’s no longer surprising  as to why car manufacturing companies are shifting gears towards creating  more prototypes of clean cars. Many people are starting to realize the massive impact owning an electric car has to the environment.  Apart from this, what other possible reasons should you consider before making a purchase? Well, one is energy efficiency.  Electric vehicles generally make use of substantially less energy if you would compare it to petrol-fueled ones. There are online calculators that are designed to help a driver understand the energy consumption.  Drivers may likewise take advantage of free charging in certain utilities. As a result, less energy basically means fewer expenses.  If you are ready to know more about the top electric vehicles this year, then go ahead and check the list below. 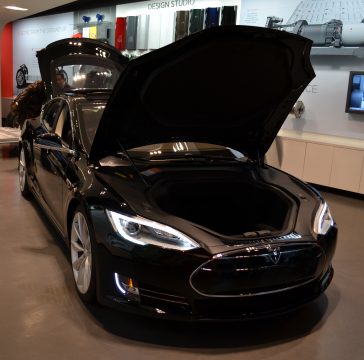 If you have been interested in  electric vehicles, then you have probably been waiting for Tesla updates. Tesla is one of the leaders in the EV manufacturing and has been consistent and vigilant in putting its vision to reality.  It’s Model S flagship  has been unveiled this 2016 and has been one of the most sought-after cars today.  Changes have been made to boost its overall aesthetic and technology. This model is also envisioned to the most exhilarating and safest sedan to ever been created. If  you believe that you ha\ve the true ‘need for speed’, then the Model S can quench your thirst for acceleration. This electric sedan  can go from zero to 60 mph is just 2.8 seconds.  Moreover, the car is equipped with Autopilot technology which intends to reduce driving-related stress while cruising the highway.

From the outside, the latest Model S has undeniably undergone a bit of a facelift, particularly on  its front end. Another interesting tweak of the Tesla Model S is its HEPA Air Filtration System that enables the car to be on Bio-Weapon Defense Mode.  The said air filtration system can eradicate 99.9% of contaminants lurking in the cabin air. This may include allergens and airborne bacteria. The defense mode establishes positive pressure to add an extra layer of protection for the occupants. In the UK, the Model S costs around £54,000 if the buyer avails of the government grant of up to £ 4,500. There are likewise state and federal incentives for buyers in the US which could give a total of $10,000 in discount. 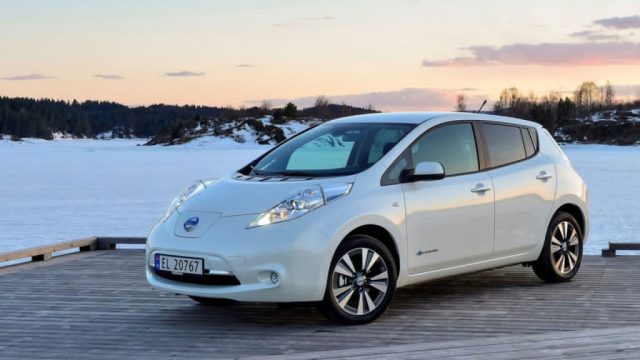 Since 2010, there has been more or less 200,000 units on the road, making it one of the most popular electric cars in the last 6 years. One of the biggest modifications of the Nissan Leaf is its battery pack.  The latest model is now equipped with 24kWh batteries to cover a range of up to 155 miles. The Nissan Leaf is much more  affordable than the Tesla Model S.  For buyers in the UK who avails of the car grant for zero emission, they can avail of this car for only about £17,000.  Furthermore, buyers can likewise reduce the cost by opting to leave the battery of the Nissan Leaf than buying the entire car and battery combo.  This would  be beneficial to drivers on a budget crunch.

In the US, this car can be bought starting at  $20,010. The Nissan Leaf also holds the legacy of being the most quiet and comfortable cars to drive around. One of the innovations of the car is its Regenerative Braking System. This system recaptures the energy used in braking and recycling it back to be stored in the power supply.  The motor used in this car exerts 107 horsepower  which enables you to accelerate to your destination efficiently. Moreover, the Nissan Leaf does not have any tailpipe which guarantees zero CO2 emissions all the time. The Interior is also equipped with the Nissan Intelligent Key which allows users to use a ‘push button’ start. A button can also be pushed to lock-then-unlock the doors sans the use of any key. 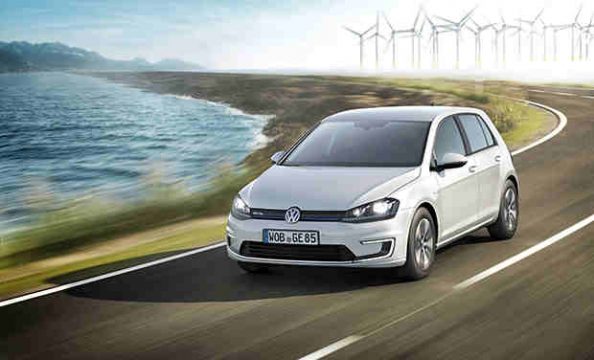 For those who prefer a classic-looking hatchback family car with the ingenuity of an electric vehicle, the Volkswagen e-Golf could be  a good choice. The e-Golf is the first EV model of Volkswagen. Users can simply charge the cars at home using any 240V electric box and use it instantly. Their air also charging stations at selected VW dealerships where users can simply go to recharge their cars. Moreover,  they can also go to any  of the 22,000 ChargePoint locations. The ‘Plug and Play’ feature of VW enables users to cruise around up  to 83 miles.  Its motor exerts an impressive 155 horsepower which makes the car highly responsive.  The e-Golf can also be utilized in three different driving modes namely Normal, Eco, or Eco+.

IN addition to these features, this EV is also equipped with three different regenerative braking modes. As with the Nissan Leaf, this car does not possess any tailpipe which ensures zero emission.  Buyers of the Volkswagen e-Golf will also get to benefit from an 8-year long warranty on the battery, Volkswagen also provides a Roadside Assistance to the users for three years or a maximum of 36,000 miles. This could be translated to ‘less headache and stress’ for drivers who experience a sudden glitch in the middle of the road. For people in the UK, they may get Volkswagen e-Golf for £27,000.  This should come after the government grant of £ 4500.  However, people in the US can obtain this for roughly $29,000. 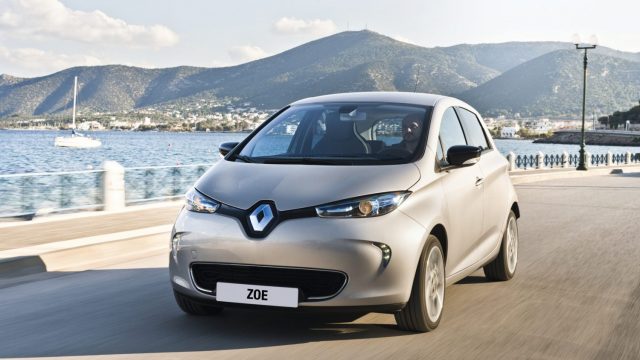 French automobile maker Renault also has its own contribution to the world of electric car – Zoe. The Renault Zoe hatchback users let drivers enjoy a family car with  a much better technology and interior for everyday use.  The Zoe is bigger than the Clio.  Generally cheaper than other electric vehicles, the Renault Zoe only lets users may purchase this model for a starting cost of  £14,00. But, here’s one catch –  there is a monthly charge of  £ 70/ month for the batteries.  However, Renault offers different flexible plans depending on your usage or the amount of cars you need per month. New buyers of this car also get to enjoy a free wall box charger for personal charging experience. There are also charging stations or terminals that drivers of electric cars can access.

It is certain that automobile manufacturers would continue to compete on this novel field. Although the above-mentioned  models have been known for the high satisfactory ratings they receive from consumers,  other models such as the Kia Soul EV are now gaining grounds as well.  This car is already becoming an favorite as it is relatively cheaper than the other models. This model has a lot to offer as well – from keyless entries or start to a DAB-equipped digital radio. The heated steering wheel and front seats are a massive plus factors, too. New drivers or experienced ones now have a lot of choices. The decision as to which car is the best one for you ultimately lies on your lifestyle, personal taste, and of course, your budget. Reading reviews on electric cars can certainly narrow down your options. ‘

Self-balancing Hoverboards: Is this the end?