For electric car makers, necessity is the mother of invention. Indeed! With EVs gaining traction in the passenger auto market, there is a surging demand for more power-efficient batteries. This is a department where car companies, from Tesla to Nissan, are trying to shake things up, starting every time with a release of a new car model. Current car batteries may have their limitations, but manufacturers are all aware of that. They are assuring electric car owners that they will no longer be limited by power. The market is on the verge of a new power revolution with five emerging power sources for electric vehicles, namely: 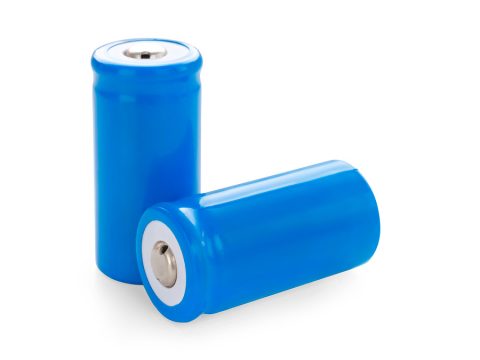 Several car companies have invested heavily in LIBs which power most electric cars. There is no doubt this battery technology will remain as the mostly used battery for EVs into the next decade. However, LIBs have gotten a lot of bad press for overheating and catching fire, so manufacturers are working to build more stable LIBs and develop safety mechanisms should a battery catch fire. The LIBs on the market primarily use a liquid electrolyte and graphite or silicone anodes. The lightweight lithium anode has a high energy density, meaning it can store lots of energy even in a small space.

What makes solid state batteries tick? They are safer, and they last longer and generate more power than LIBs. The electrolyte in LIBs is a flammable liquid, which is why LIBs tend to catch fire when they overheat. Scientists at MIT and battery experts from Samsung have found solid state batteries as an ideal power source for electric cars. The solid components in a solid state battery provide several advantages: Longer battery life, higher cyclability, enhanced power density, greater temperature adaptability, and lower flammability. Car companies like Toyota and Volkswagen are looking into this battery technology to power their electric vehicles.

Scientists have yet to unlock the full power potential of aluminum-ion batteries, but the future already looks bright for this emerging technology. As the most abundant metal in earth’s crust, aluminum is just a few steps away from becoming the most reliable power source for electric cars. Made of aluminum and graphite, the battery promises high speed rechargeability, higher cyclability, high charge storage capacity, lower flammability, flexibility, and cheaper cost (since aluminum is cheaper than lithium). Aluminum-ion batteries will soon hit the market once scientists finally figured out how to maximize its voltage and energy density. This will be a breakthrough in the field of renewable energy.

Another battery technology that promises lower costs and higher energy density, Li/S have a lithium-metal anode and a sulfur-carbon cathode. It demonstrates a cycle performance that is comparable to commercially available LIBs, and holds roughly twice the energy density of its lithium-ion counterpart. Just like other battery technologies, the Li/S is not without issues, with low cyclability and flammability being its major drawbacks. Scientists, however, have managed to extend the cycle life of Li/S by tweaking its chemistry and making it safe by using a non-flammable electrolyte. Li/S are light and high-powered, which make them ideal batteries for long-range electric vehicles.

Like solid state batteries, metal-air batteries have garnered interest from scientists and electric car makers, especially Tesla. And like aluminum-ion batteries, it is not yet close to being a commercially viable technology. In metal-air batteries, the anode is generally made of pure metal, and the cathode is an ambient air. As breathing batteries, it harnesses the air around them to fill the cathode. This makes it possible to store far more energy than current efforts, and even significantly reduce the weight, making it possible to store far more energy. Since it is lighter and cheaper than most electric vehicle batteries, it should promise lower costs and greater mileage. Scientists have yet to figure out how to extend its cycle life.