The Re-emergence of E Scooter After the Pandemic Slump

Many companies from all over the world were greatly affected by the global pandemic and this includes the bike-sharing industry. Due to the occurrence of COVID-19, a lot of firms discontinued operations. On the bright side, shared e scooter are gradually coming back to the streets of San Diego, California. Companies like Bird, Lyft, Spin, Wheels, Link, and Veo were permitted again in the city.  In 2018, these vehicles and other bike-sharing companies became very popular. Their growth became bigger with more than 793,000 rides in the middle of 2019.

The Fall and Resurgence of E Scooter Usage

In April 2020, trips quickly decreased due to the pandemic lockdowns but in September, the city provided trip data for companies and it was recorded that more than 250,000 rides are operating on the streets. This concluded that riders utilize electric scooters to travel to long drive destinations.

At the beginning of 2020, bike-sharing companies were allowed to keep 11,050 scooters on the streets. By January 2021, these companies were given consent to operate again, however, utilization of scooters reduced to 9,750 and every vehicle paid a fee once operated.

The Electric Scooter and the Coronavirus Pandemic in the UK

In the UK, the government provided a permit for e scooter rentals to be allowed on public roads. According to Global Data, this was one way to let individuals travel in an eco-friendly way and it was also to avoid overcrowding in public transportations due to the surge of COVID-19 cases.

The electric scooter industry was flourishing in financial terms. Lime is a market leader in the industry that started last January and they aim to be profitable this year. The company declared to dismiss approximately 14% of its employees and stop the operations in 12 markets.

Nowadays, there is a resurgence of interest in active travel or outdoor transport modes, which includes electric scooters. This is due to the UK’s annual trials in the rental units.

GlobalData Automotive Analyst Calum MacRae stated that due to parking restrictions, personal cars or public transports may not be convenient to workers who are returning to their jobs, especially with the pandemic still going on. He further expressed that electric scooters and electric bikes are seen as less risky for weary commuters, however, there are certain issues to address in owning a shared scooter.

He indicated how electric scooter companies were greatly hit by the pandemic, which also affected the means of sustainable travel and micro-mobility solutions for urban areas. Calum MacRae concluded that the year-long trials in the rental sector among British cities could benefit them in the long-term operations. 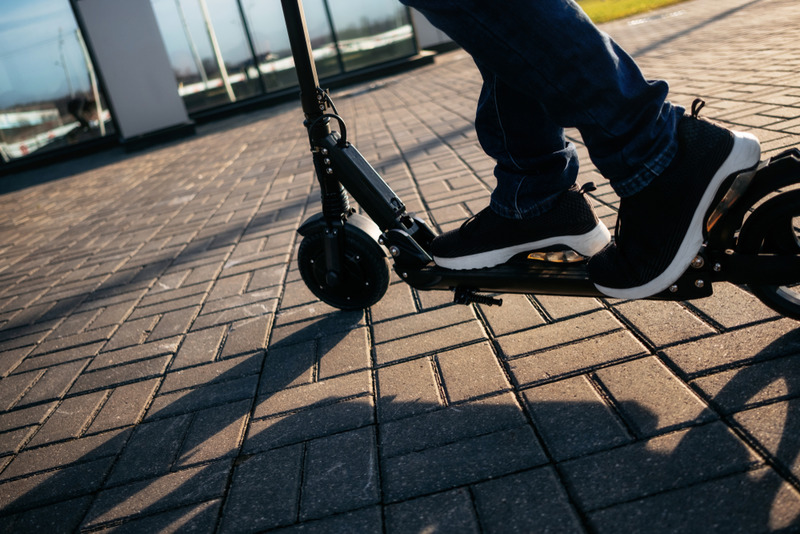 Executive director of the mobility advocacy group Circulate San Diego, Colin Parent mentioned that a hypercompetitive market was established due to the city’s lax regulations of the scooter industry. He stated that making business would be costly since firms would compete with one another on the streets with their vehicles to win over market share.

Lime, Skip, Razor, and Jump are all scooter companies that deserted the market of San Diego. Parent further stated that the high turnover rate in the city has not necessarily benefited consumers.

The executive director suggested that the city would request proposals and only have a limited number of scooters to operate. He also added that there should be a more regulated market to have a more functional and permanent system.

Parent also mentioned that San Diego should consider requiring companies to be situated in low-income areas to gain easy access to these vehicles. Now they are concentrated in downtown, Hillcrest, North Park, Pacific Beach, and Mission Beach.

Discounted or free rides are now offered by most companies to residents who are registered in government assistance programs like the CalFresh, a program that distributes federally subsidized food stamps.

Hernandez said that scooters offer access to longer destinations to communities such as City Heights and Southeast San Diego. She further said that e scooter should also come into safety wherein they should be operated in bike lanes or areas where people are safe and comfortable.

In April 2019, the San Diego City Council approved the regulations for shared mobility devices while aiming to improve their effectiveness subsequently. Marni Von Wilpert, a council member who chairs the Council’s Active Transportation and Infrastructure Committee, expressed that she will address the issue this year.

Von Wilpert said that among the biggest priorities is to guarantee the safety of the residents of San Diego as well as striving for alternative transportation options. She further stated that the council is reviewing the regulations for the scooters to ensure that riders and pedestrians are safe, at the same time maximizing community benefit.

The Environmental Impact of Electric Scooters