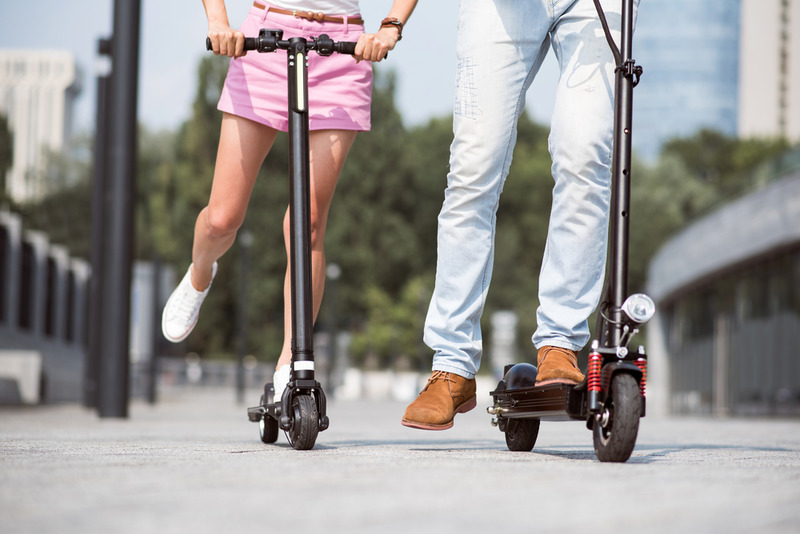 In 2017, the BIRD Electric Scooter launched its startup company  in Santa Monica, California, USA. In just 15 months, the market value of this e-scooter company rose to $1 billion. Investors where flabbergasted by the return of investments that they began funding scooter companies hoping to rake in more revenues and profits. The population welcomed the new transportation fleet realizing the significance of this service. The future of electric scooters became brighter as business honchos saw a chance to make money while helping the world rid of carbon dioxide emissions.

The Influx of Electric Scooters in Urban Cities

With electric scooters flooding the streets and the public acceptance backing the market, commuters saw how useful the equipment was in short commutes. However, with the introduction of these wonderful machines ushered in complaints of its services and backlashes due to improper parking, leaving the machines unattended after use, and scooter accidents filling up hospital emergency rooms with bruises and broken bones. But despite these incidents, e-scooter companies still believe in the future of electric scooters and the huge potential on business considering on what it can achieve with regards to traffic congestion and curbing the lethal carbon dioxide thrown into the air.

How the Electric Scooter Came About

Like the evolution of transportation, people tried to resist the cars invading the streets since its first release in 1886. Before automobiles began traversing the streets, the fastest commute is 8 km/hr on horse drawn carriages. Cars were seen as dangers on the streets where people used to move in a slow cluster. Playgrounds were non-existent as children made the streets their own where the early automobiles trod.

Thousands of accidents were on record as speed limits were imposed to 40 km/hr and proposed to further lower it down to 25 km/hr, just like the speed of today’s electric kick scooters. The future of automobiles were bleak during those early years of the 20th century. The City of Detroit had their speed limit at 8 km/hr until its upgrade in 1909.

Speeding drivers and their cars posed great dangers. The invasion of cars on the road posed a resultant problem of parking. The early buildings has construction designs without parking provisions for cars. The early drivers park anywhere at their own discretion. Activists began rallying for the expulsion of automobiles on the road. Government and car companies had their own ideas on how to counter the backlash for the future of cars in the streets.

Governments and private automobile companies began formulating rules and regulations regarding its use and an education campaign flourished for commuters and pedestrians to accept the new mode of transportation on the streets. Accidents, overspeeding, and parking problems occurred then as it is happening now on our roads.

Is the Scooter any Better for Urban Cities?

The future of electric scooters came into question when it threatened existing business that conflicted with their interests. The inception of e-scooters in the roads of busy cities posed very minor problems in our existing road regulations. There is no need to build huge road infrastructures to accommodate the influx of this light mode of transportation. Our roads are spacious enough with some of the electric scooters substituting cars in short commutes. Parking spaces is also negligible for this e-vehicles as they come designed for carry to a space as small as sliding it under your desk. The possible requirement for this electric equipment is to add more, perhaps expand the existing bike lanes for the e-scooters safe passage.

Safety of Electric Scooters on the Road

Electric Kick Scooters will never be safe traveling alongside speeding cars. The US and Europe currently has no or lesser bike lanes where e-scooters can safely travel. San Francisco has 442,000 parking spots available for the public. The e-scooters are invading the streets gradually starting from 1,250 units last year.

Rider education will help riders to avoid accidents. Awareness on maintenance of electric scooters could avoid premature accidents with parts malfunction leading to falls and collisions.

If you are asking how green an electric scooter is to humans, the answer is very green. Our environment needs all the help it can get to reduce greenhouse gases formation in our atmosphere. Carbon Dioxide, which is on of the five greenhouse gases detected up there, emitted from of the tailpipes of cars and trucks on our roads. The future of electric scooters is promising when the protection of our ecology is on the table.

The e-scooter has no harmful gases emitted in its operation. The equipment runs on electricity from its rechargeable batteries. Computed to be a more efficient ride when it comes to harmful gases exhausted into the air, the e-scooter will be a starting line to address the problem of air pollution.

Compare with the electric scooter model Xiaomi M365 that has a capacity of 280Wh to a distance of 25 km. The short commutes is as green as it can be with the power it supplies, the distance it can reach without any carbon dioxide emission. Therefore, 3 km x 280 Wh/25 km = 33.6 Wh/rider/3 km, See the difference?

From these calculations, it is clear that the future of electric scooters is brighter than it can ever be and that is only through power consumption considerations.
The e-kick scooters are also 18 times more efficient than the Tesla Model S electric car. The future of Electric Scooters is of great potential indeed.
There are more to the electric scooter than just power. To know more about the e-scooter, Visit our website at www.electricscooter.com.