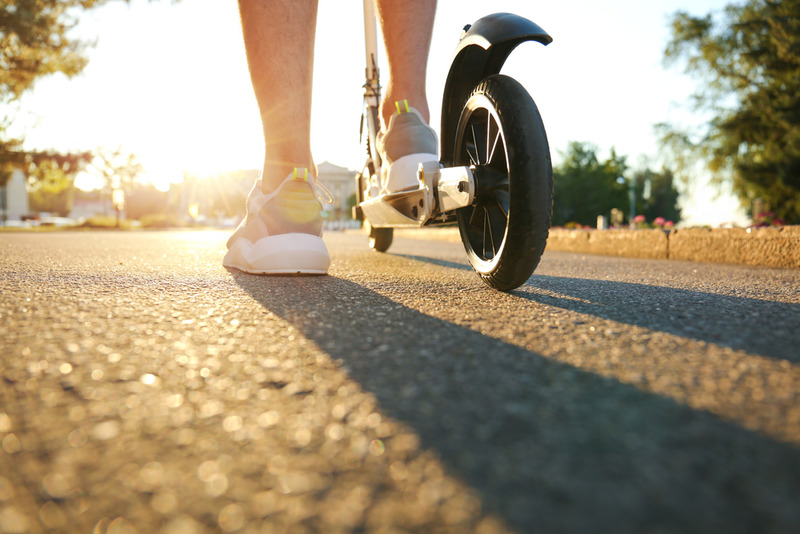 Environmental Impact of Electric Scooters: Life on Earth is gradually swerving into a more fast-paced lane.  New technologies that can accomplish tasks beyond human capabilities are becoming more available in the market.  This transition includes even our means of transportation.  Nowadays, we can candidly see electricity-powered vehicles roaming around the city.

Since the advent of electric scooters, the streets of some of the largest cities are slowly being decongested.  Apart from improving the traffic jams in several areas, electric scooters carry an environmental impact that can alter the pressure brought about by climate change. E-Scooters have also proven their potential to efficiently replace large vehicles.

Micro mobility affords a more convenient and accessible means of moving about the city.  Moreover, electric scooters garnered a reputation for various questions that need to be addressed first: Are electric scooters as green as they seem? Do they generate some kind of hidden pollution that the naked eye cannot see? What can these devices offer us that the existing ones cannot?  Does it have good sustainability?  How are electric scooters disposed of once they have reached their limit?

The expansion of e-scooters gave rise to a handful of issues.  One of which is the environmental impact of micro mobility.  Given the vast growth of electric scooters, electric bikes, and small electric cars in the market, questions about its actual effect on the ecosystem have also surfaced.

Some assert the problem being in the production and as well as in the inadequacy of plans in terms of recycling lithium-ion batteries.  Others stress that attempts in amassing uncommon metals and processing these raw materials consume a great deal of electricity in nations that are merely run on coal or oil.

On the other end of the spectrum, many advocate the use of electric scooters because it minimizes carbon dioxide emissions into the atmosphere during its usage.  This effect is even augmented when utilized with decarbonized energy.  Today, the positive impact of micro-mobility is heavily supported by a lot of groups with the growing scientific studies on this matter.

In the case of electric scooters, however, the issue is much more complicated.  Since the trend of electric scooters is more recent, less evidence exists to support the benefits of these vehicles ecologically.  Even though these innovative means of transportation are still fresh, various groups are attempting to evaluate their impact. 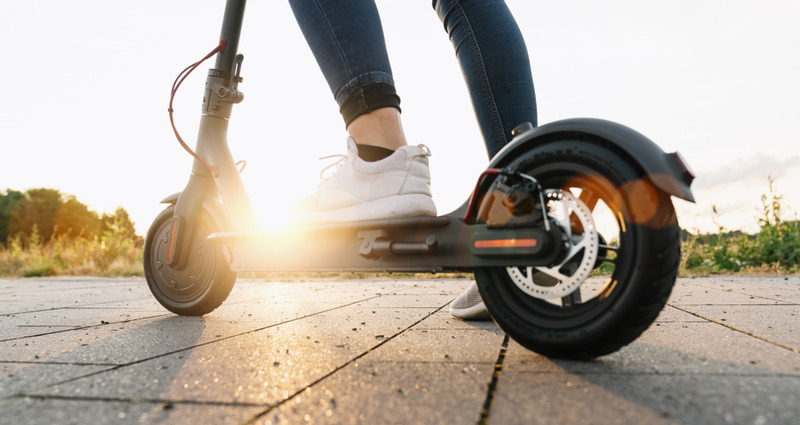 To gauge the environmental impact of electric scooters as a mode of transportation, it is important to consider the four (4) main phases of their lifespan.  The first and second phase pertains to the process of manufacturing the device, as well as the energy required to produce it.  Constructing electric scooters includes collecting raw materials, converting these raw materials to more usable elements, and assembling them into the finished product.  Whereas, the energy required to power up the vehicle makes up the energy production phase.

A lot of considerations must be kept in mind during the production phase since this is where most of the greenhouse emissions root from.  A lot of energy is spent extracting raw materials, transform them, and piece them together.

In manufacturing electric scooters, similar issues with electric cars are deliberated.  In contrast to using fossil fuels such as oil, gas, or coal, companies should consider utilizing decarbonated or renewable energy to diminish the environmental impact of the first two phases.

The use phase of the vehicle is the most crucial part in operating electric scooters, or any electric vehicles for that matter.  It is during this phase where electric scooters do not greatly affect the environment, thus garnering their eco-friendly reputation.  Although they do not emit carbon dioxide or any other harmful emissions, hitting the brakes on these vehicles does produce some particles.  Nonetheless, the longer an electric car or e-scooter is in use, the more ecologically friendly they become.

Despite this green phase, it does not stop there.  Recharging the devices can have a significant ecological impact.  The process of collection is done by trucks, which pick up electric scooters from the streets so that they can be juiced up in their respective charging stations

Finally, the last phase includes recycling the materials used once the electric scooter has reached the end of its lifespan.  Given the polluting nature of the raw materials, it is essential to salvage these items, particularly the batteries and the vehicle cell itself since these are difficult to dispose of without causing harm to the environment.