The Dockless Electric Kick Scooter: Your Ride to the Future

The e-scooters are small enough to avoid the rush hour traffic but very well convenient for sightseeing.  Furthermore, many opt to use dockless scooters as they are environmentally friendly compared to its conventional gas-emitting counterpart.  Presently, there are approximately 85,000 electric-powered vehicles  in the U.S. that can be unlocked using one’s personal phone.  In the year 2018, dockless electric kick scooter became the most common rentable transport with the use of an app, outnumbering e-bikes nationwide.

With the globalization and development of technology, the lives of people across the world has become easier and more convenient.  Its role made an impact in every aspect of humans’ lives on businesses, transportation, education, medicine, banking systems, and other industries. Technology has allowed us to enjoy the comforts that our predecessors failed to experience as our tasks are completed faster and more efficiently.  Overall, the evolution of technology has led to the growth and as well as the development of several countries.

Your Ride to the Future: Electric Scooter

Living in the 21stcentury, up-to-date technology has become a crucial element in our lives.  We live in an age where technological advancement is required to keep up with the different challenges life has to bring.  One of these adversaries concerns mobility, all while considering the growing risks of climate change.  Global statistics reveal that transportation makes up 14% of all greenhouse gases.  To address this problem, many cities have developed plans to reduce carbon footprints while expanding transport options. Countries like France and the UK have been investing in bike share systems, with more than 14,000 bicycles.  In 2007, there were several installments done around the docks where commuters can pick up or drop off their bikes.  The system can also serve as recharging stations for devices that are electrically powered. 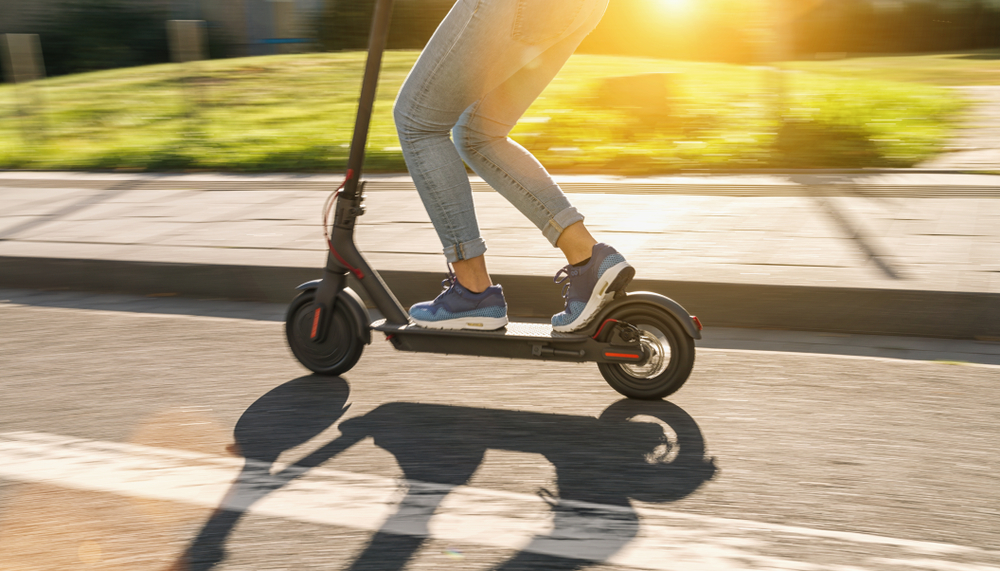 Oftentimes advertised as “green” or “carbon neutral, these type of scooters are esentially electric batteries operated rather than by fossil fuels.  However, do not be mistaken.  An analysis conducted by a team of experts from North Carolina State University revealed the environmental impact of such mode of transportation and concluded that traveling by scooter yields more greenhouse emissions per mile. In fact, walking and riding a bicycle are all greener means of traveling.  While dockless scooters are not entirely environment unfriendly, the manufacturing of the device itself: shipping, collecting, charging and distributing, contributes significantly to the accumulation of greenhouse gases.

Aside from its basic frame and electronic system, electric scooters naturally carry a battery. The production of these batteries also have an impact on the environment, similar to the batteries utilized in e-bikes and e-cars. Additionally, the e-scooter frames are constructed from aluminum and its tires are made from rubber. Further adding to the device’s environmental footprint.

The group of researchers from North Carolina State University were able to dismantle a similar model of e-scooter.  Through this, they were able to uncover that its mere production is solely responsible for half of the carbon footprint it creates. On the other hand, the remaining 43% can be attributed to its collection and recharging.  These transportation devices are charged by “juicers” or more commonly known as freelance workers.  These individuals pick up e-scooters from the streets, typically in gas-powered cars and trucks, and “juice” them up in their homes by way of power outlets.  Resultantly, this charging process is way off to be considered carbon neutral.

Currently, e-scooters are about two times as efficient as a gas-powered car in terms of per passenger miles per gallon.  In that case, an average car carrying more than one person is more convenient and more efficient than an e-scooter.  Same goes for fully-loaded buses and bicycles.

Many companies see e-scooters as the future of transportation for they might be effective solutions to decongest traffic in urban areas.  They have been improving their means of production to lessen the life cycle global warming impacts.  There have been attempts to improve scooter collection as well as proper approaches in charging these devices.  Fuel-efficient vehicles are said to be used for collection. Especially of those in a low battery state, while reducing the driving distance for the collection and distribution of each e-scooter.  Additionally, anti-vandalism policies can be implemented to reduce misuse and mistreatment. As the number of vandalized scooters decreases, the need for materials including its production, likewise reduces. In order to improve transportation situations, using e-scooters instead of cars might be practical however. Bus rides and bikes remain better choices for venturing the city if you’re concerned about the environment.

Visit our website at www.electricscooters.com and be updated on electric powered transportation.