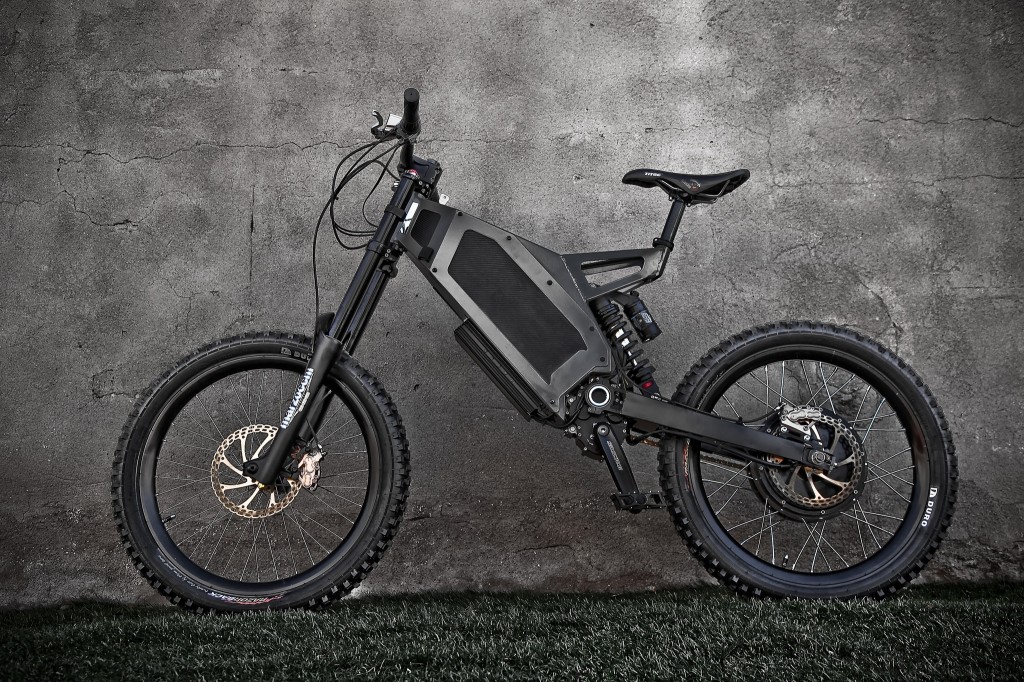 Ever wonder what it feels like to be riding one of the world’s fastest electric mountain bikes today? The adrenalin rush, the thrill, the speed – they can all be felt from the first meter onwards. The need for such experience is a testament to the need of rideable technology and personal mobility of the people today. The truth is that we are now witnessing the unfolding of a new age where people are keen on using the best self-balancing electric scooter, finding the most portable and compact hoverboard, or riding the fastest electric mountain bikes. Yes – personal mobility devices are now in demand as a response to the need to eliminate congestion caused by cars, the changing behavior of people, as well as the changing urban designs.

Needless to say, electric scooters and electric mountain bikes have become smaller, more motorized, and even compact. The electric hoverboards and the other electric vehicles have also constantly improved in order to cater to the growing needs of people when it comes to personalized mobility service. One of the firms that are in the constant search and move for innovation is the Australian upstart company called Stealth Electric. The firm has only been existence for a few years, yet the incredible features and technology the firm is working on have enabled them to produce the fastest mountain bikes of today.

There are three highly recommended  models produced by Stealth Electric. The flagship model is the B-53 Bomber. The lighter version is the F-37 model. The fastest electric mountain bike or dirt bike is the third model called the H-52  Hurricane. Regardless the model you choose, you will end up with the fastest electric mountain bike with ridiculously fun and sleek look for you to choose. Get to know these models as we take a closer look at what makes them at par with the world’s best.

The B-52 Stealth Electric Bike

The speed is undoubtedly one of the best in the industry. While 50 mph is the average speed produced by Stealth Electric bikes, this flagship model also comes with premium parts and is engineered to last and to reach maximum performance. The power output of the model is also among the best in the industry. It offers ab output of 5200 watts which enables it to outlast the competition. This high-velocity and a top-performing electric bike are also built to outdo other e-bike models/.

This model is equipped with an advanced lithium battery and a battery management system that ensures maximum speed and extended range. Another reason as to why this is one of the best and fastest electric mountain bikes is the time need to recharge the battery. For only two short hours of recharging, the energy for the battery are completely replenished. There’s no need to worry about any abrupt stop of your trips as a quick recharging will get your  fastest electric mountain bikes going.

If you think that B-52 has the best features of the fastest electric mountain bikes, then wait until you see another Stealth model called theH-52. This model offers an overall fun ride with its rear wheel of 250 mm thick which creates fun traveling and riding experience. Another reason to love this  model is that it is low in maintenance and has  a ultra-quiet yet powerful motor of 5.2 kW. As opposed to the flagship model, the H-52 offers a  full-electric capability to get  you going longer and faster.  Expect no running costs while enjoying MX performance level at a top speed of 80 kilometers per hour.

A maximum range of 45-55 kilometers per a single charge is an excellent reason to ditch your existing electric bike and try this Stealth model instead. Recharging is made easy as well. For only 90 minutes, your battery gets fully recharged and ready for an exciting trip again. The Lithium-ion battery and the innovative battery management system that comes with it allow maximum performance and reliability. Another distinct characteristic which makes this as one of the most efficient and fastest electric mountain bikes today is the brushless DC motor that offers silent and smooth wheel spin and maximum traction.  Needless to say, this is one of the fastest electric mountain  bikes that is worthy of your money.

Power is just one of the reasons the Stealth F-37 makes it to the list of fastest electric mountain bikes today. As it is propelled by a 3.7kW motor, this model enables smooth and excellent riding experience with a maximum speed of 80 kilometers per hour and a top range o up to 100 kilometers an hour. This model only weighs around 40 kilograms which are among the lightest today. The overall appearance is also one of the most appealing among the fastest electric mountain bikes available on the market. With the cockpit aesthetics designed to optimize maneuverability, it is essential to point out that this model is built to maximize performance at any situation.

The Stealth F-37 is also known as the hybrid-electric drivetrain that comes with Sclumpf  two-speed transmission. The rider is also set to experience utmost enjoyable ride thanks to the freeride and unending enduro capabilities of this model. The max speed of 60 kilometers per hour makes it slightly better than the flagship model of Stealth electric bikes. As with the other models, this bike requires low maintenance which makes it ideal for people who want to maximize convenience when owning and using this particular model. This model is also engineered to last for a long time. The handcrafted moto-inspired steel frame makes it a highly durable and most visually appealing fastest electric mountain electric bikes today.

Many biking enthusiasts look forward to the next steps to be taken by Stealth Electric Bikes. With the top speed they now offer to these three models, it is intriguing to know how the company intends to  top the fastest electric mountain bikes they have now. It is also important to highlight that while there are three models offered by the company, they are also open to upgrades and changes. From color to the type of motor and the type of brake system, Stealth is offering options to be able to cater to the needs and desires of bikers who are in search of the best and fastest electric mountain bikes today.