Electrics scooters will revolutionize public transport as they have been a very important part of many countries where there is almost no urban transport or overcrowded streets which require navigation. But people still consider it unusual without actually understanding the flexibility and freedom it offers. E-scooters can charge in less than 2 hours and can be folded and transported just about anywhere. They can also be ridden anywhere pedestrians can go. Here’s we’ll discuss how the electric scooter came into being and how the idea will change the face of public transportation. 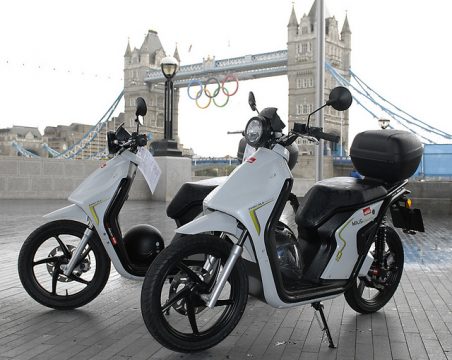 The idea originated in China where everyone rides sit-down scooters or some type of electric scooter. The legalities were a problem in Europe with everyone wanting 125cc scooters and these offering just 50cc. No one respected the scooters because of this. But when the 250-watt scooters came out in China, it was a product that didn’t need insurance, licenses, road tax, etc. Running costs were negligible, and they offered excellent mobility too. What more could you ask for?

It all started with E-TWOW. They had a FWD scooter with twenty-four patents pending. It was one of the best. The product was selling in France already and had been introduced in the US five months prior to the meeting. There was no one in Italy or Germany, and the UK market was untouched too.

The brand has been developed mostly with a focus on online sales. Lots of people buy them online, and there is a low expectation of service among them. They also speak with each customer before making a purchase so that they make the right choice.

They have a good list of products in the pipeline, and this is one of the main reasons the business was such a lucrative investment. They hope to have an actual Vespa type, sit down electric scooter within a year. With engineering being one of their core skills, this doesn’t seem like an idea which is too far-fetched.

Differentiating yourself from the competition is very important. Since they don’t sell at cost, they need to differentiate, or no one will buy their products. Where they stand out is their customer service. In the beginning, they were nobody; they didn’t have a reputation to rely on. But since they are providing efficient customer service, they are growing quite quickly into a force to be reckoned with and clearly revolutionize public transport.

Initially, they wanted to offer customers a way to track scooters which were stolen. But after a while, they realized that tracing scooters offered a lot more when it came to carbon emission savings.

Cities all around Europe are under pressure to control carbon emissions. The primary cause is congested urban transport like cars, taxis and trucks. Electric solutions is a great way of supporting this goal.

They don’t just want to be a quirky product. They want to be a real product which offers value to every city they are used in.