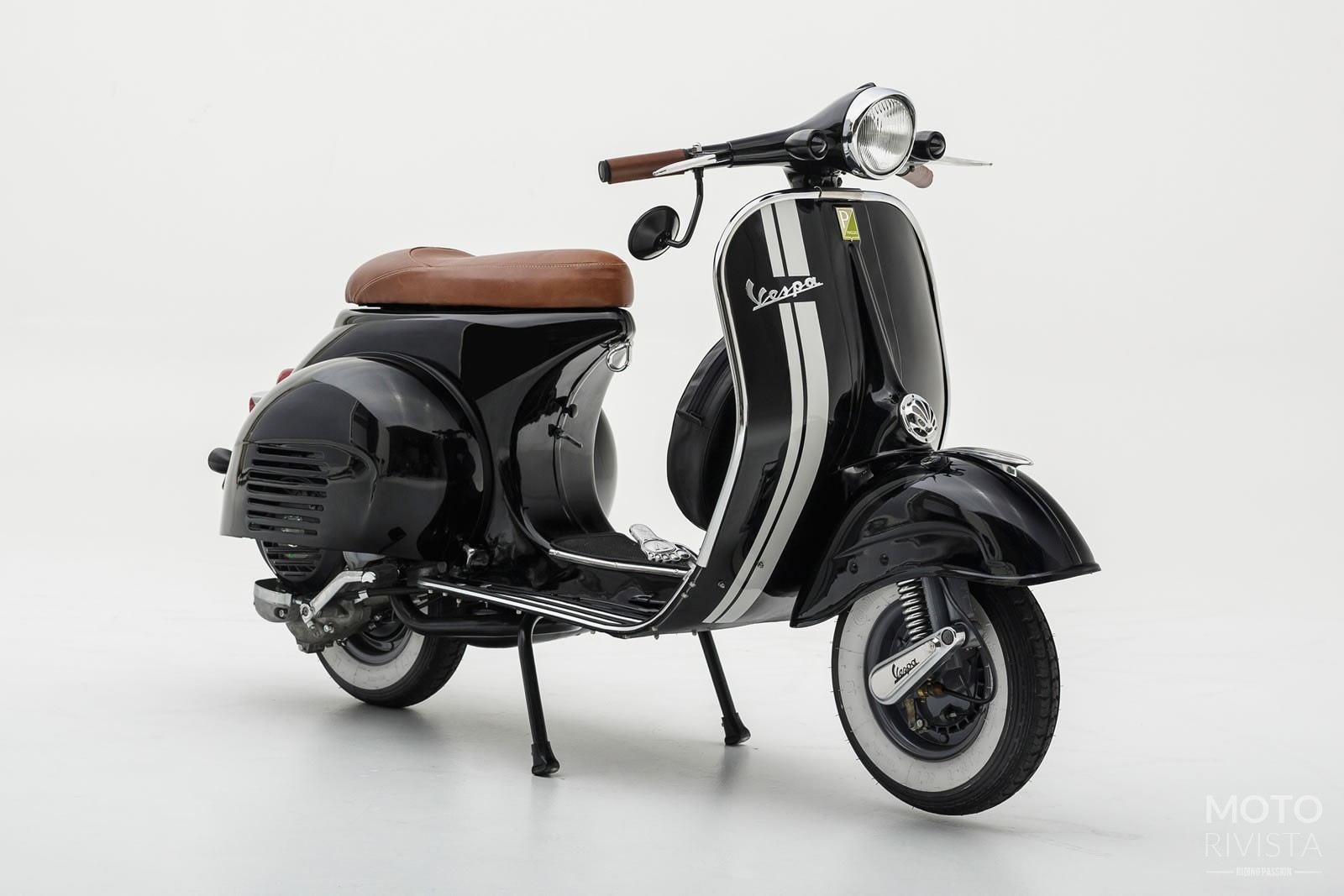 PIAGGIO GROUP is taking a bigger leap in 2017 with its new line of electric scooters and the new concept called the  Vespa Elettrica. The company, which has gained a strong position in the European market, is set to take a bigger chunk of the marker share.  In September 2016, the company has already conquered 15.5 % of the market share which makes it the leader in the two-wheel vehicle segment in the entire Europe.  From January to the last month of the third quarter, Piaggio has sold over 411,000 vehicles and has exceeded a staggering turnover of more than one billion Euros. The sales have jumped by 3.9 % and are expected to take a bigger increase once its line of Vespa Elettrica electric scooters will be put out to the marker next year.

The massive increase of Vespa scooters has been accounted to the spike in the sales within its high wheel segment and the introduction of Vespa models called the Beverly, and the Piaggio Liberty, and the Medley ABS. The latest addition of the Medley ABS has also helped the group to grow within the European market. With its scooter segment doing very well, much is expected from the Vespa Elettrica or the Vespa electric scooters.

The motorcycle segment of Piaggio is also doing well with the boost in the sales of its Moto Guzzi. The sales have skyrocketed by 8%, which is relatively higher than in the previous years. The boost in sales is also accounted for the initial sales of its MGX-21 and the V9 Roamer. Another motorcycle called the Aprilia also registered an impressive sales increase of up to 43.4% alongside the Tuono V4. The question now is – will the new Vespa electric scooters be able to contribute the growing sales of Piaggio vehicles? The response to the unveiling and the next two years will be crucial in determining its growth and acceptance.

The Vespa Electric Concept is Piaggio’s latest contribution to the electric vehicle industry. It is a novel mobility solution that has been integrated into the trusted two-wheeled Vespa brand. The step is seen as a consistent measure that focuses on the values that Piaggio customers have been accustomed to over the years. The  conceptualization and application of the Electric Concept on the new line of Vespa electric scooters are Piaggio’s way of responding to the changing requirements on people mobility. The innovation is set to be unveiled during the Eicma 2016.

The project has also prompted Piaggio Group to assess and look into the key players within the manufacturers of electric scooters and electric vehicles. It aims to proceed with the development of electric motor and mobility solutions alongside the advanced players in technological development. The end-result is set to  translate into the final and best version of the Vespa Elettrica.  If the time frame and the conditions would allow it, the electric scooters are set to released  in the second half of 2017. The new technology is also expected to set the bar high to all non-European producers of electric scooters.

While the Vespa electric scooters will be equipped with new mobility technology, the style, elegance, agility, and the user-friendliness of the first Vespa scooters are also expected.  The company firmly believes that these  characteristics remain valuable and are vital to the success of the upcoming electric scooters and other future models  that will bear the brand. With the combination of the traditional Vespa feel and the new technology, this will bring forth a new mixture of excitement to all Vespa enthusiasts and new users. For the past 70 years, the two-wheel drive manufacturer has been keen on producing the best vehicle without sacrificing the overall design.  Read on to know more about the Vespa electric cars or better known as the Vespa Electric. Get to know more about the latest models of the top-selling Vespa vehicles and the upcoming Vespa electric scooters.

This electric scooter has been produced in collaboration between RED and the Piaggio group. The all-red version of the classic Vespa Scooter is also an initiative of the two companies to support causes with the sales of this particular model. The sales of the VESPA red is set to support causes in line with tuberculosis, malaria, and AIDS.  What makes it unique is that this model is the only scooter model selected by RED to be used a mean to celebrate the beauty of a mode of transport. With the help of VESPA,  RED was able to donate a whopping $360 Million to Global Funds. Vespa is also looking forward to working on other ventures that would help various causes that go beyond the facet of business.

Moto Guzzi was the first model to come out about 50 years ago. Recently, it has introduced V711, which is the third-generation of much loved  Moto Guzzi. This electric motorcycle is the revamped version of the original model. However, it still bears the authenticity and the originality of the iconic  Moto Guzzi. Those who have loved the original model would also enjoy the latest version as it has an increased power of 10% with the  introduction of a new engine. The V711  is also available in three different versions namely the Racer, Stone, and  the Special model. Electric motorcycle enthusiasts will also love the one-of-a-kind engine configuration of this model. Another special feature of this model is that is highly customizable, which allows motorcycle enthusiasts to influence their pleasure of riding, tweaking and owning a V711.

Aprilia is one of the top sellers of 2016 but is set to become more competitive in the years to come. The new electric bike called Aprilia Shiver 900 is an intuitive, agile, and powerful tech-equipped bike that offers pleasurable and sturdy riding experience. The latest model is designed to give more power and maximum torque so as to bring riding satisfaction. The Aprilia Shiver itself has won several awards globally and has become the toughest competitor in world-class competitions called the Superbike and the MotoGP. Other unique features of the Aprilia Shiver 900  is the inclusion of an advanced system for traction control that enables riders to ride safely while going to maximum acceleration. As part of the Vespa Electric or the Vespa electric scooters, this model will also available in a limited version wit 35kW power that is suitable for holders of A2 driver’s license.

Anchored into the primary  goal of providing the best riding experience, the Aprilia Dorsoduro 900 also offers the revamped version of the Vespa’s best-selling Aprilia motorcycles. With the latest model of Dorsoduro 900, the refined chassis, the new technology, and the better handling experience can all be expected from his revamped version. It is clearly an exciting addition to Vespa’s upcoming line of vehicles and electric scooters to be released next year. At a glance,  this motorcycles exudes power even in appearance thanks to its aluminum and steel trellis-made plates frames. The tight cornering and other ride-b y-wire accelerate, ABS,  traction control, and all the technical tweaking make it a potential favorite once released.

The management of the electronic engine is also handled by a highly powerful brand called the Marelli 7SM ECU that is paralleled with a novel accelerator system. This model also comes with a unique pair of wheels that bear three split spokes. Another key difference between the model and the previous is the weight. This one is lighter by up to 2 kilograms. This model is certainly one to watch out for next year when the Vespa electric scooters are to be released.  For sure, Vespa electric will become a game changer in Europe as well as in other continents once its latest electric scooters are on full-blast release and become available on the world market.