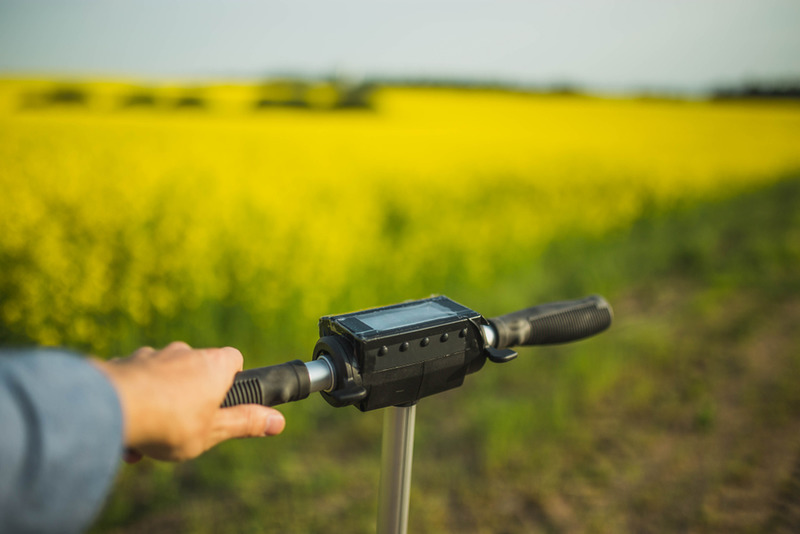 Governments around the world want to cut down on carbon dioxide emission and see the electric scooters as a part of the solution for a greener future. Some agencies allotted initial budget for the endeavor while private companies raised their part to contribute to further the goals and push the e-scooters to travel the streets of urban cities.

A Dollar for Every Electric Scooter per Day

E-scooter companies, like the BIRD, made a pledge of $1 per day for every electric scooter traversing the city’s streets for the development of bike lanes to protect riders from speeding motorists. BIRD e-scooter company started this initiative for other entities to follow so more electric kick scooters can join the goal for a greener future. An estimated 10,000 scooters used daily is enough to generate funds for safe and wider bike lanes in the urban areas.

The Lyft e-Scooter Company does its share by implementing the last mile solution for commuters that has to travel that extra mile to subway, bus, and train depots. A third of its equipment is at these areas where low income families dwell and public transportation is lack. This is a practical initiative than to deploy another route of public transport that could be heavy on the budget.

The LIME e-scooter company obliges every rider to submit a feedback with an accompanying photo of the parked electric scooter after the rentals use. The entity offers discounted rates to low income persons needing a ride to their destination.

These actions foster a blossoming social relationship between governments and e-scooter companies and will further deepen when the cooperation is continued with the noble purpose of a greener future using the machines. Another great thing about this collaboration is for e-scooter companies fulfilling its promise to pick up parked rented scooters daily after every use. Previous systems left duly rented scooters spread around the city posing as road hazards to commuters and pedestrians.

Almost everybody win with the entry of electric scooters on the mainstream of short commutes. The local and national Government will attain its goal to reduce harmful gases strewn in our surroundings, commuters’ concern on the last mile problem has the solution by using these e-vehicles, traffic congestion and parking areas has the answer with the e-scooters on the road, and electric scooter companies will make more money in sales and rentals.

The setup is a win-win situation where urban cities win, commuters win, and e-scooter companies win. Scooters indicate the improvement of lifestyle using these micro-mobility vehicles. People just love to scoot around for work or pleasure. But there are some negative effects to riders as per their usage of the e-scooter.

Electric Scooter companies target is the replacement of 50% of fossil fuel commutes in every city that will involve the e-kick scooters. The electric scooter will be evolving in a fast pace to reach its goal of massive deployment in urban cities around the world and it will be here sooner than everyone expect.

Not everyone will be happy with the electric scooter invasion of the road. Oil companies would probably see a small dip in their sales; car businesses would slow down its production that will trickle down the line of other entities involved with these affected conglomerates. Nevertheless, the electric scooter’s aim is for a greener future, that has to go first.

The Electric Scooter Evolving for the Greener Future

Expect electric scooters to improve its features in preparation to its massive invasion on the streets of big cities in the world. Since its adoption as an alternative to short commutes, problems arise significantly with immediate solutions. The next models for release will have improved travel distance and upgraded battery capacities to avoid recharging in the middle of the day. This is one area of concern of current users of electric scooters. Batteries and charging capacities will be better than its early counterparts.

Future releases will have a dedicated micro controller instead of prototyping kits that contain elements for long term evolution parts (LTE) used to increase the capacity and speed of the electric scooter with a different radio connectivity together with the core network improvements.

Expect a more powerful motor for rugged terrains. You need improved engines to negotiate those uphill climbs and the rugged off road tracks that are not so flat.

Convenient turning lights on your e-scooters will help avoid falls.. Some riders met their accidents while trying to activate a signal light with one hand before turning on an intersection or a curve. The action could cause the rider to lose control on the handlebars and fall off the electric scooter.

Foldable electric scooters will be put on hold. These designs are the ones to go first; it affect construction durability. Improved designs will be out soon for a stronger and reliable ride. An adjustable height feature will go with this new design.

Another feature added to your downloaded scooter app is the volume of carbon dioxide saved on your ride with an electric scooter. It would encourage drivers to turn to using the electric scooter for short commutes.

New pricing plans will be available for e-scooter users and improved payment schemes and discounts will be for the shared e-scooter renters. E-scooter companies aim to develop and improve every aspect of the ride in preparation for a mass deployment to urban cities across the planet in the future. The issue of winter is coming and should have a resolution of the electric scooter delivering its services in this season.

Above everything else, the electric scooter for a greener future is the mode of transportation while Google is to the internet.

More concerns for tackling marks the road map of the electric scooter. Follow us by visiting our website at www.electricscooters.com.