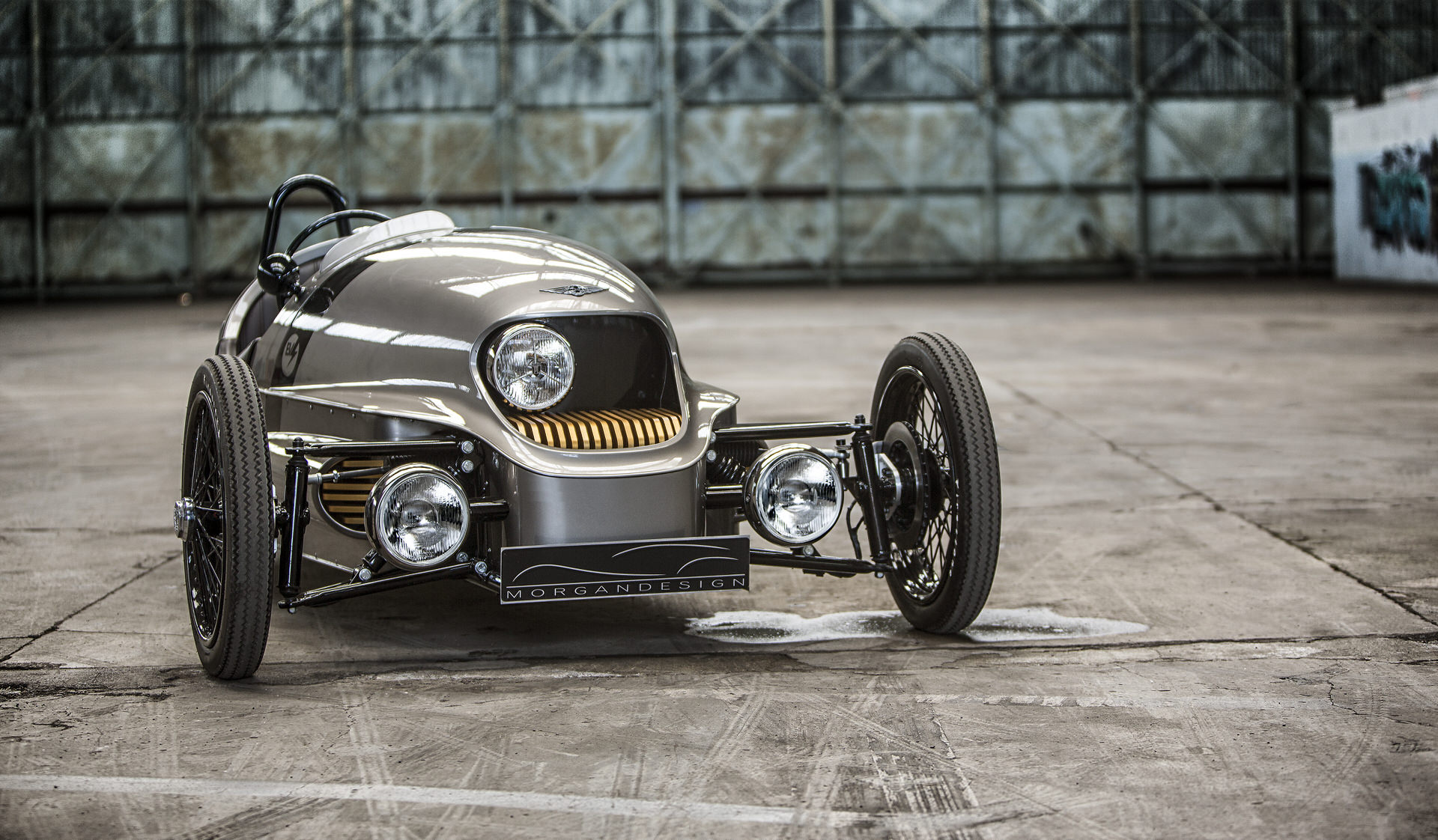 When you love everything unique, classic-looking, and definitely a stand out among the rest, then this three-wheeler electric car should make the cut. The Morgan EV3 is the all-electric plug-in-type of car produced by the British car manufacturing giant – the Morgan Motor Company Ltd. The company, which was established back in 1909, already has its comprehensive line of charismatic four-wheel drive. However, during the 2016 Geneva Motor Show, Morgan Motor revealed its first ever three-wheeler electric car which will soon become an iconic one – the Morgan EV3.

Prior to the development of Morgan’s three-wheeler electric car, the four-wheeled model had already been in production since 1936. In fact, the first model of Morgan cars took the world by storm and made it a popular name thanks to the unique blend of genuine craftsmanship, charisma, performance, and top-notch materials. Morgan managed to retain its classic-and-sleek feel while incorporating the ‘zero emission’ beautifully in the latest three-wheeler electric car. Read on and find out what the EV3 has to offer.

The Morgan EV3: At a Glance

There is so much more to this three-wheeler electric car than just being the ‘first’ plug-in car of Morgan Motors. While it is true that the intention to contribute to the greener environment by creating a car that has virtually zero emission, the company also made sure that the overall charm of the Morgan cars that its clients have grown to appreciate would not go down the drain. True enough, Morgan Motors managed to drive the same level of excitement while ensuring the traditional Morgan charm when the soft launch of its three-wheeler electric car took place.

The EV3 promises a new breadth of restyled interior and body to showcase that even carefully handcrafted cars are exhilarating to drive. Bespoke made, technology-driven, and best of all, performance-focused, the EV3 promises a novel experience for the riders and drivers who are looking forward to getting their hands on the best three-wheeler electric car available to date. The pre-production of this model started around midyear of 2015 and the first units were released mid of 2016. This 500-kg electric vehicle is also set to compete with the fastest cars in the EV realm this 2017 and the next few years. With an impressive maximum possible driving range of 150 miles per single charging, who wouldn’t want to get behind the wheels of the EV3?

Basic Features, Design, and Construction of the Morgan EV3

Without any doubt, the Morgan EV3 is the fresh version of the other existing Morgan cars to date. One of the eye-catching features of this three-wheeler electric car is the tail lift which has been reintroduced and modified to give a dramatic look. This part of the electric car is designed to produce a stance that is both visually forward and appealing. The rear side is enhanced with the inclusion of the cylindrical low-slung running lights on the side pods of the body.

Drivers should not be fooled by the classic feel of the car as the dashboard offers an entirely new take on this cars. The innovative dashboard arrangement features a digital screen. Moreover, it also has the classically known Morgan magneto switch and is made entirely of polished aluminum, wood, and brass. This three-wheeler electric car proves to be packed with surprises specially designed for different types of car enthusiasts. The Morgan EV3 also clearly took inspiration from the classic motorcycle designs, the aero-engine speed racer cars in the 1930’s and the fantasy automatons in the 1950s.

Another unique feature of the EV3 is that it is considered the first Morgan vehicle to make use of an entirely composite carbon panels in handcrafting its whole body construction. The batteries are intelligently installed and enclosed in conductive cooling fins made from brass. Most parts are manufactured in the UK including the tonneau cover, side pods, and the carbon bonnet. Other components are likely beautifully handcrafted including the aluminum panels which were built atop of an ash wood frame. This three-wheeler electric car also boasts an off-center tribar-type of headlights which creates an interesting overall asymmetry in the car design.

The Performance of this Electric Car

While the company aims at providing a unique plug-in vehicle for riders, it did not come short when it comes to focusing on the performance this model can provide. For starter, the design of this three-wheeler electric car targets to achieve lightweight agility. This car can go from zero to 62mph in just less than nine seconds during the testing. The top speed of over 90 mph was also among the first figures to be achieved. The power of the performance is backed by the 20KWh Li-Ion battery pack installed within the car’s tubular-shaped space frame chassis. A liquid cooled motor of 46kW was also put in place right along the rear wheel.  For sure, the performance is enveloped within the classic charm of the car – something that is quite rare these days as most electric  vehicles are focused on provided  a more futuristic design.

The Production of the Three-Wheeler Electric car

The production of the Morgan EV3 had already started in the last quarter of 2016. Another good news is that the price per unit is made comparable to the petrol-powered version of this three-wheeler car. This is also to make it easier for people to make the switch from gasoline-powered to all-electric. And the good news does not stop there. It has also been known that the junior version of the EV3 is also in the pipeline. The plan is set to provide a more affordable option for users who are hoping to get their hands on an all-electric Morgan car.

The launch of this three-wheeler electric car also coincides with one of the most recent announcements of the UK-based car manufacturer. According to Morgan Motor, the company is set to receive a special government funding worth  £6M that is will solely use for a consortium-based project. The said project is geared towards the research and development of full electric vehicle and hybrid vehicles bearing the name of the maker –Morgan.

Morgan Cars: Throughout the Years

Since 1909, the Morgan Motor Company Ltd has originally been known as among the first car makers that made a successful attempt at the production of three-wheeler car.  In fact, the four-wheeled models only started after almost three decades in the business.

With the announcement of the production of the three-wheeler electric car,  it is clear that the ethos remains unchanged even more than a hundred years had passed after Morgan first opened its doors as a premium British car maker. The range of models produced by Morgan has also been made fitting to the changing demands and behavior of drivers in the 21st century.  At present, this car maker prides itself on producing  1300 top-of-the-line and handcrafted vehicles and the number will soon get a boost with the addition of the three-wheeler electric car model.

The car maker also sticks to its flagship core design concept – classic. The classic range of the company also proves to the longest-running production car in the entire world. Even with more than 100 years after its inception,  Morgan Motor Company continued to operate as a Family-owned and innovative motor manufacturer in the UK.  It also vows to continue to employ cutting edge technology with its existing and future models. Whether Morgan will also venture in other types of electric vehicles such as electric scooters or electric motorcycles, that is yet to be known. For now, the three-wheeler electric car of the company or the EV3 should be a sufficient proof that Morgan continues to uphold the highest standards of genuine craftsmanship in all its products.  Now, the remaining question is — are you ready to get behind the wheels of this three-wheeler electric car?