Electric Scooters Legalization in London: Electric scooters would be allowed to use cycle lanes in London as cycling campaigners push for its legalization on the streets. The government is currently investigating how to legalize them.

A report by the London Cycling Campaign said e-bikes, e-scooters and e-cargo bikes should all be welcomed and could have a key role in a greener future for the city post-lockdown. But the London Cycling Campaign said that e-scooters, which are illegal to ride on public roads, should not be allowed on pavements. In the lack of a comprehensive network of segregated lanes, they should be equal to cyclists in terms of being able to use the road.

The report indicated that increased pressure on cycle routes was not that bad as it shows the need for road space reallocation. It seems as Transport for London chiefs said they were concerned about the lack of safety for the e-scooter users but also said they were keen for the capital, and the 33 boroughs, to shape the national policy on their use.

Currently, it is illegal to use e-scooters on public roads or pavements. Riders would face a £300 fixed fine and six points on their licence for using a motor vehicle with no insurance. A Government trial of e-scooter rental schemes will launch this month but this is only for people who hold a driving licence.

Public Consultation for the E-Scooter on the streets of London

The British government is opening a public consultation for legal use of electric scooters in what is likely would be the first step towards legalizing them in the country. The consultation is an attempt to work out the rules of what should be placed on scooter manufacturers and riders in order to make sure they are  safe on the roads of UK.

It has been announced as part of a broader review into transport in the country, which transport secretary Grant Shapps referred to as “the biggest review of transport laws in a generation.”

Despite their increase in popularity around the world, e-scooters have remained essentially illegal in the UK because of the pre existing laws of the country. These laws would categorize e-scooters as motor vehicles, but because scooters cannot pass the same safety and legal regulations as cars they are illegal to use on public roads. Since they are motorized, they are also illegal to use on the sidewalk under the 1835 Highway Act.

The consultation is an effort by the government to work out the different kinds of regulations that would be applied to e-scooters and their riders, which caused injuries in places where they are legal. The government wants to establish minimum vehicle requirements, and is also taking into account whether to require riders to wear helmets, carry a license, or have insurance. There are also questions about whether scooters should be allowed to be ridden on pavements or in cycle lanes. 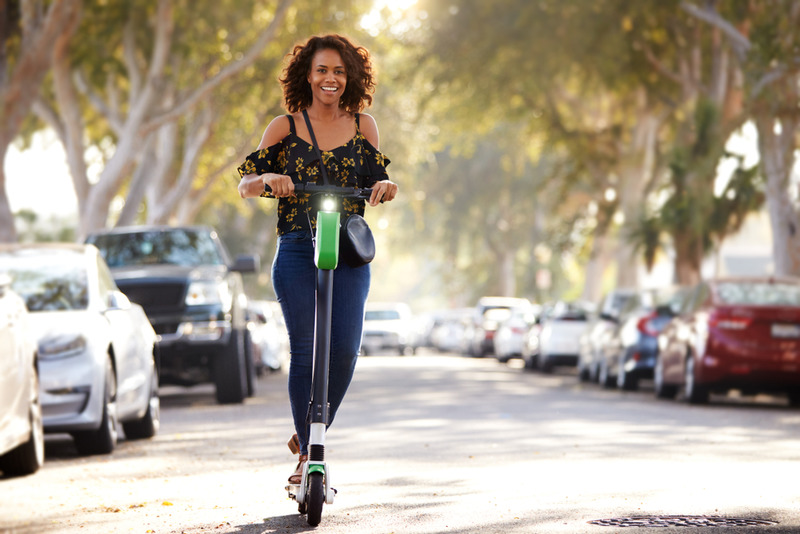 Electric Scooters Legalization in London: For a Greener Environment

Micromobility and Active Travel in the UK, by the LCC’s policy forum, has international evidence on the increasing use of the battery-powered scooters, some of which could travel for more than 20mph.

LCC said that a “Micromobility coalition” of cyclists, e-bikers, e-scooter riders, and firms using e-cargo bikes could form a powerful voice calling for a wider network of segregated cycle lanes. It stated: “The arrival of e-scooters offers a cleaner, low carbon alternative to cars, for those who cannot or do not want to cycle, that will tackle climate change and help clean up London’s air.”

“E-Scooters could help create the less polluted, climate safe streets that urban dwellers want and need to see post-pandemic. It could cut private motor car use and enable a wider range of people to move about without using cars.” The research stated e-scooter riders faced similar safety risks from cars as cyclists. It said that a more equitable distribution of road space was required for a humane city.

Clean and Greener Mode of Transport

The huge number of e-scooter trips worldwide shows that it was not a fad. Global data suggests that the biggest shift to e-scooters is more likely from car drivers (36%) and pedestrians (37%), with a lower shift from public transport (13%) and cycling (9%).

E-scooter riders have the liking as cyclists: low-speed streets and segregated lanes. “Increase in the use of cycle tracks by e-scooter users would increase the pressure on transport authorities to provide the proper protected space for micro mobility users which would also include those cycling, and these forms could all be far more space efficient and safer than driving cars,” the report stated.

Gareth Powell, the TfL road chief, told yesterday’s TfL board meeting: “We have been concerned about the safety of e-scooters and they would remain illegal on London and national roads at present.

“The Department for Transport will bring forward a series of trials for rental e-scooters, which is not for private individuals to go, but them, and use them on the roads. They are discussing how that might apply.

Are Electric Scooters Good for the Environment?

Electric Bikes and Scooters: Transportation of the Future