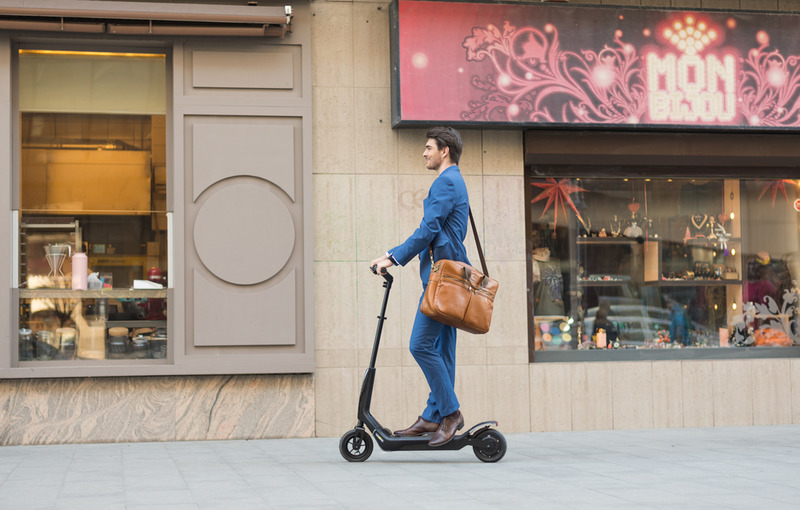 To Buy or not to Buy an Electric Kick Scooter

Have you decided to purchase electric kick scooters for your new mode of transportation in your short commutes? You might be having a challenging time deciding on the matter. To help you decide whether to buy or not to buy the electric scooter, that is a hit in urban and suburban communities, know the benefits it will deliver and at the same time.

Advantage # 1:  A Faster Way from Point A to Point B

On short commutes, electric kick scooters take lesser time to reach your destination. Why take your car or hail a taxi if you can be at your journey’s end using the e-vehicle. An e-scooter could take routes where cars can’t go. These alleyways or foot paths are shortcuts where electric kick scooters can trod, taking you to Point B faster than cars and other motorized vehicles. The e-ride allows its rider to avoid heavy traffic and find other routes to where you are going.

Advantage # 2: The Cost is Cheaper than to Travel by a Car

Using the electric kick scooter in urban and suburban areas is far more cheaper than riding your car on short commutes. First, the electric scooter does not need gas for its power. The e-ride runs on electricity sourced from its rechargeable batteries. A good quality e-kick scooter can travel up to 30 miles in a single charge.

And second, the cost is so minimal to fully charge an electric kick scooter, it will cost from 25 cents to 40 cents. Depending on what type of batteries you are using, others cost up to 10 cents to charge  the battery. Using powerful chargers could cost very little to as much as 7 to 10 cents per full charge.

Advantage # 3: The Cost to Operate the Electric Kick Scooter is Very Low

Compared to the maintenance of the car or truck, the electric kick scooter is loose change in terms of its operation. There is no need to worry about fueling it up, the upkeep, parking and . other high costs of owning a fossil fueled vehicle.

The e-scooter is easy on the maintenance side considering that the batteries could last up to five years. The spare parts are also much affordable and conveniently available in the market. The brake pads on electric kick scooters do not wear out easily and will take a considerable length of time to replace them. The e-scooters do not have spark plugs, oil, air filters, timing belts or the clutch. The replaceable items on the electric kick scooters are the brake pads, brake fluids, and tires.

Advantage # 4: Cheaper on the Price Tag

A car could cost up to $35,000 while the Electric Car Tesla Model 3 has a tag of $53,000. An electric kick scooter spikes at around $500 off the shelf. Traffic congestion is when the volume of cars bottleneck at a certain choking point of the road. E-scooters can reduce the volume of cars plying the streets. And people living in urban and suburban areas can very well afford the cost of one. In some countries, governments help the low income families if they can’t afford to buy these e-vehicles by subsidizing the cost of an electric kick scooter.

The Asia Pacific countries like China and Indonesia makes the e-rides affordable by offering easy payment terms to families that cannot afford to by these machines on cash basis. The local governments have programs that subsidize the people to help them own one.

Advantage # 5: Friendly on the Environment

Since electric kick scooters that hit the urban and suburban communities do not burn fossil fuels for its energy, it does not spew harmful gases into the environment. NASA is monitoring the damages caused by the greenhouse gases accumulating in our atmosphere. Carbon Dioxide is one of them from the combustion of petroleum products. Most of the carbon dioxide are from the tailpipes of cars and trucks plying the roads. Greenhouse gases block radiation from the sun bouncing from our planet and deflects the solar heat back to the earth’s surface. The effect of global warming causing climatic abnormalities that will doom us if we do not stop carbon dioxide emission.

Electric Scooters hitting urban and suburban areas is just part of a global solution in our thrust for a zero greenhouse gas emission in the surface of this planet. A very high goal to reach. A regular car running on fossil fuel will will stack up 8.877 kilograms of carbon dioxide on a gallon of petrol and 10.18 kilograms of CO2 on a gallon of diesel fuel. Electric kick scooters will help reduce the harm that toxic gases bring to humans and our habitat because there is no greenhouse emission in its operation.

If it’s your first time to ride an electric kick scooter, it will take little time before you are speeding on your way towards your point of destination. It’s convenient because you control the ride with both feet planted on the platform of the e-vehicle. It is just like riding a bicycle by keeping your balance. Just bear in mind to follow safety precautions when on the e-scooter.

Be a defensive driver on your e-kick scooter so you will always be on the safe side of the road. Wear protective equipment to protect yourself from serious injuries when falling off the e-ride. Observe traffic rules and regulations to avoid accidents.

Electric Kick Scooters hitting urban and suburban communities does not make loud noises when operated upon. The population in the areas where traffic used to roar down the road can now sleep in peace with the e-scooters running in short commutes.

Advantage # 8: Parking will no longer be a problem with E-Scooters

E-scooters do not occupy large areas of the urban cities for parking. Foldable e-scooters is a carryover item for riders. You can fold the electric kick scooter and carry it on buses, trains, and subways. In fact, some electric kick scooters can carry their e-rides to their office and just slide under the desk.

Electric kick scooters in urban and suburban communities can help the public and the environment with its salient features.

Visit us at www.electricscooter.com and learn more of the positive effects of the electric kick scooter.