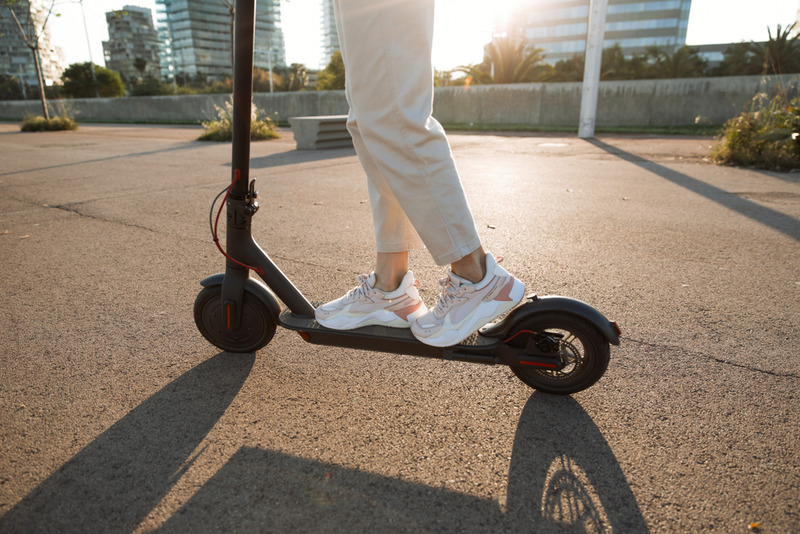 Urban Centers are now experiencing a phenomenon brought about by the Electric Kick Scooters for smart mobility. E-scooter is the go-to vehicle for travelers on short commutes. No need to hail a taxi if your destination is just a mile away; you save on money and time. The e-vehicles also contribute in curbing the amount of carbon dioxide thrown at the environment that imperils our health with the air we breath. Electric kick scooters are also the solution to last mile journey of individuals who get to travel to their homes away from a bus station, train or a subway depot.

Venture Capitalist are funneling their funds to provide electric scooters to the growing riding masses. BIRD is the first electric kick scooter company that ventured on this form of transportation. The first fleet of e-scooters appeared in the City of Santa Monica, California.

The units increased until the scooter company can no longer control the rental consequences. Residents of the area woke up to a city littered with electric kick scooters left abandoned by renters. After you end your rent, you close the transaction, the wheels lock and you leave the scooter where it stands. Users just leave them like toys down the road, improperly parked causing pedestrian and traffic hazards.

The chaos came to a point that the e-scooters became nuisances than a partner of development and convenience to the population. The big Honcho of BIRD, Travis VanderZanden, never gave up on the negative feedback brought about by the complaints and effect of the riding public. He even paid for traffic and accident settlements and immediately corrected those mistakes that cost him $300,000 in nine counts of misdemeanor and legal fees.

The persistence worked for BIRD with more demand in the market. More venture capitalists poured in with their funds and soon the company rose and led the market on shared electric scooters for the convenience of the riding enthusiasts in the area. Following BIRD’s footsteps are LIME, Scoot, Skip, Spin. Jump (Uber ownership), and Lyft. David Sacks, a pioneering PayPal executive believed of the low cost ride ideal for urban centers; he invested on the company’s seed round.

BIRD electric kick scooters for smart mobility launched its business on September of 2017. On November 2018, just after 14 months of operation, the company’s annual run rate revenue was already above $100 million, becoming the fastest growing entity to reach a $1 billion run-rate in history; it even reached to a $2 billion valuation in less than a year of operations. Compared to giant companies reaching the same status, Airbnb made it to a $1 billion valuation in three years time while Uber took 4 years to reach the $1 billion dollar valuation.

Just after 14 months, BIRD’s electric kick scooters deployment were in 120 cities already including smaller urban areas like Russellville and Arkansas. Big cities like Los Angeles and San Francisco were not spared of the electric kick scooter invasion. Urban Centers from around the world like Paris, Tel Aviv, Antwerp, Mexico City, and London has BIRD electric kick scooters traversing its streets. The company managed to receive more funding to the tune of $415 million making it capable of fast expansion wherever the need arise.

Electric Kick Scooter for Smart Mobility is for the World

Besides profit,  the goal to ease road congestion and decrease greenhouse gas emissions, the electric kick scooter is for the world to enjoy. BIRD just took the notch higher and implemented its share smart mobility. The system involves a bird brain embedded in each BIRD electric scooter interfaced with the main software platform where the monitors could trace the location of the abandoned scooter. The software also analysis the overall condition of the e-scooter.

In the system of shared scooters, the renter goes to the location where an electric kick scooter is left by the previous user. With the downloaded app on the renter’s smartphone, the user swipes the e-scooter’s code to connect with the electric scooter’s company software platform for the unit’s activation. The usage starts the rental rate at $1 upon release of the vehicle and 15 to 20 cents per minute thereafter. An army of freelance BIRD electric kick scooter chargers roam around each city at night to collect the parked or abandoned vehicles for battery charging for the next day’s usage.

While the Lime Kick Scooter Company wants to emulate what BIRD had in its first 14 months of operation, it leans on providing access to smart and affordable micro mobility transport in urban cities. LIME’s goal is to reduce the usage of motor cars running on fossil fuels and be a part of the last mile solution and lessen toxic gases strewn in the environment.

LIME electric kick scooters for smart mobility are in most urban cities across the globe. Its role in short commutes is remarkable to riders opting for cheap and convenient transport from point A to point B. The last mile concern is also a significant issue that the electric kick scooters solved for the people’s final ride to their doorsteps.

The BIRD Zero are the first models on every urban city the company sat foot on for there shared scooter services. Its partner in the Bird Zero supply for this model is OKAI, a Chinese e-scooter manufacturer. BIRD boss VanderZanden is silent on who is partnering with the BIRD One model. The new models are the next generation fleet that will be traversing the streets of different urban cities around the world. The first models deployed in Santa Monica were mostly Segway-Ninebot and Xiaomi designed for heavy usage. The units were fast to deteriorate where the scooter company lost money on each trip but managed to raise venture capital that boosted its run rate and expansion.

The BIRD Zero expected depreciation time was 10 months while the BIRD One will last up to 12 months. This summer will see the phasing out of the old models for replacement by the BIRD One that comes in three colors. The XIAOMI 365 models will continue to serve its customers on a monthly rental basis only, while the Segway-Ninebot will discontinue and its purchases to be cut off. BIRD One, with its superior features than BIRD Zero will cost $50 than the latter.

VanderZanden expressed that the more miles their electric scooters run, the more revenues it will rake in. BIRD One will travel two months more than BIRD Zero equating to more profits the units will bring in to the company. BIRD One will be on sale for personal users starting at $1,299 with a 473w rechargeable battery ranging at 30 miles of travel distance. Upgrades include GPS for anti-theft device, 9” semi-solid tires with a digital lock manipulated from a BIRD smartphone app.

Want to learn more about the BIRD, LIME and other electric kick scooter companies?Visit our website at www.electricscooter.com.