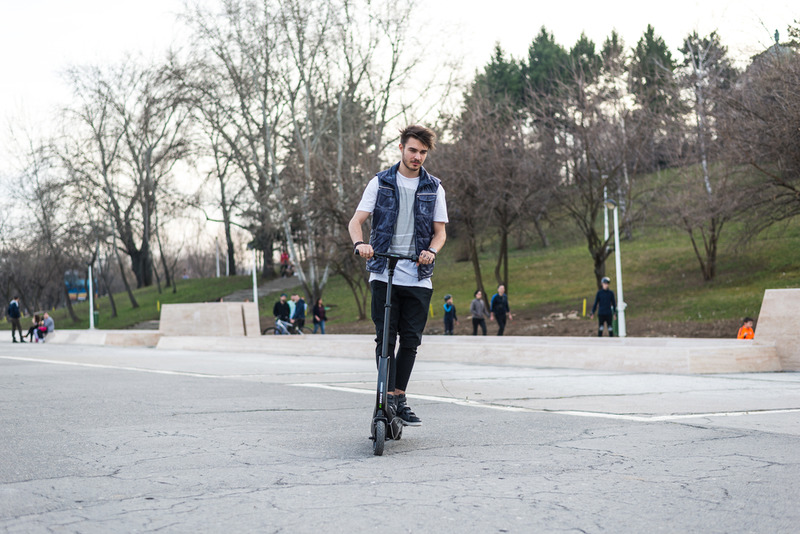 Imagine waking up in a city where electric kick scooters outnumber the volume of cars traversing the roads. The urban city needs this mode of transportation to help the vicinity rid of traffic congestion, parking woes, and a healthier air to breath for the population.

The electric kick scooter invasion is a boon for highly developed areas. Assuming that urban cities have a population that can afford to purchase an electric kick scooter. Less vehicles will be on the streets inching their ways toward their destinations. The e-scooter will find its way to urban and suburban centers across the country.

Despite the negative mongering of certain entities to discourage electric kick scooters, all its harmful depictions, and disadvantages in a city, riders still demand its inception for the public as it has more advantages than conventional vehicles plying the streets. These micro mobility vehicles offer solutions that are practical to the vicinity and its residents.

Expansion of Availability to Public Transport

People will have an added option for convenient access to transportation. In China, low income families have the subsidy of their government so they can have the e-vehicle at easy installment terms. The Chinese love to scoot around in their e-vehicles.

Using the e-scooters help prevent carbon footprints. Driving a car would amass large volumes of carbon dioxide. One gallon or 3.78 liters of fossil fuel consumed by a car is equivalent to 20 pounds of carbon dioxide. An average car spews out about six tons of CO2 in a year. Reducing the greenhouse gas is achievable if we use renewable energy and drive less. The electric kick scooter invasion could reduce combustion as they are powered by rechargeable batteries and does not emit harmful gases.

We need more than curbing the exhaust of carbon dioxide into the air. What the environment needs is the removal of greenhouse gases in the atmosphere and reach a zero emission level maintained from the surface of the earth. These solutions are high goals to reach but humanity will take each step at a time to save our planet from utter destruction. The electric scooter invasion is a huge step to replace the burning of fossil fuels by using electricity to power our mode of transportation.

Imagine an electric car traveling little less than a mile, eating up one Kilowatt of electricity. With the innovated Tesla Model 3 e-vehicle, the transport can bring you up to four miles of travel distance. Here comes the best part, an electric scooter can travel up to a distance of 80 miles with a power supply of one Kilowatt. The distance is equal to 333 laps on an Olympic size oval.

Cars come at high costs off the shelf and the maintenance that goes with it is worth a fortune too. The electric kick scooter invasion could save commuters a lot of money. The e-rides are far more cheaper than cars. No more trips to the gas station for refueling, therefore you save money on gas. Overhead maintenance of cars are expensive compared to the electric kick scooter’s upkeep. Spare parts are lower than gas driven vehicles. On e-scooter sharing, it only costs a dollar to have your e-scooter activated and 15 to 20 cents on a minute to continue riding the e-ride.

Availing of the e-kick scooter ride sharing is simple. Riders should download an app from the E-scooter company to gain access to their central information system. It takes a dollar to activate your ride using the app and will charge the renter 15  to 18 cents per minute thereafter. After the riders are through with the e-vehicle’s usage, the company requires them to take a picture of the e-kick scooter parked properly. At night, freelance workers hired by the company gather the e-vehicles and recharge them for the next day’s use.

An automobile powered by the burning of fossil fuel can deliver an average of 28 miles per gallon. An electric kick scooter takes only one percent of its fueling cost compared to that of a car. The e-scooters are not only friendly to our surroundings it is also cheaper on the pocket in terms of fuel cost. That is how efficient these e-vehicles are for the riders.

For example, an ordinary car would cost $185.10 on a daily 5 mile drive in a year (based on Cost of Fueling an AV), which is equivalent to over a month of groceries.  An electric car will spend $78.87 per year (two weeks worth of groceries), while an electric kick scooter will only cost $2.93 per year (1 venti coffee at Starbucks), based on December, 2018 figures.

The electric kick scooter invasion is part of the micro mobility solution to save commuters time from point A to point B. The e-scooter is the answer to traffic congestion in urban communities. As the e-ride saves time in the commuting, time is of the essence in the implementation of this solution. Our environment needs this transport option as soon as possible with the greenhouse gases thickening in our atmosphere, the world will be in imminent danger with the greenhouse gases causing global warming.

Electric Kick Scooters will not be a contributor to greenhouse gases strewn at the environment. Carbon Dioxide is one of the poisonous gases untidily scattered towards the atmosphere and is a health hazard when we breathe the air contaminated by this element. Cars emit these health hazards and one way to stomp harmful gases emissions is by using electricity for clean energy.

Governments in urban and suburban communities around the world are supporting the electric kick scooter invasion to resolve the problems brought about by traffic congestion, carbon dioxide (greenhouse emissions), parking woes, and noise pollution along the neighborhood.

The time has come for humanity to work for the salvation of the planet and its inhabitants. A change of heart will see the change we want to achieve in eliminating the threat of global warming.

Please visit our website at www.electricscooter.com and learn more on what the electric scooter can do for you.