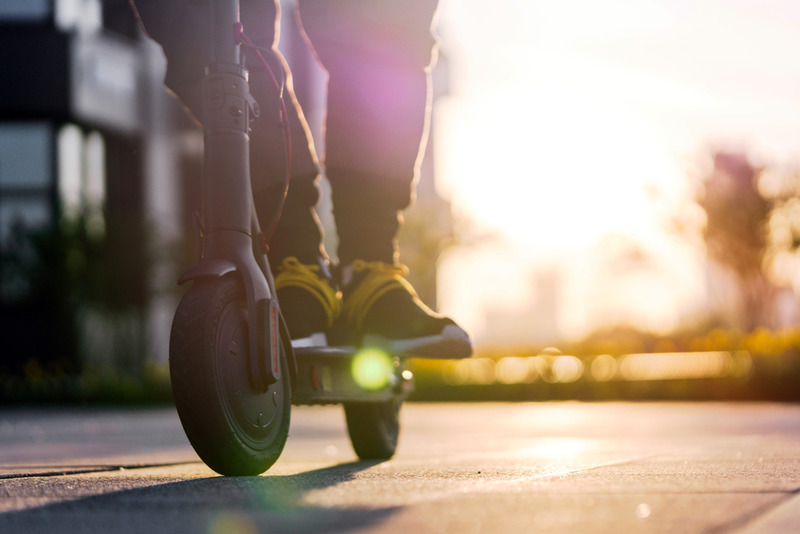 Since the overwhelming uptrend valuation of the Bird Electric kick Scooter company into a $2 billion company in only 14 months of operation, more companies are jumping into the bandwagon to grab a piece of the pie. Bird electric kick scooters company did the amazing feat starting with a small fleet of 10 units, reaching 120 cities all over the world in a short span of time.

BIrd Electric Kick Scooter Company CEO Travis VanderZanden began with ten units in Santa Monica, California in September 2017. Soon, the number of electric scooters blossomed to 250 rides within days of operation. It was a hit with the locals with its staff giving instructions on how to ride the e-vehicle and app orientation to first time users.

There was no invitation or promotional parties for VanderZanden’s e-rides nor were there regulations set for the new mode of transportation invading the city streets. It was still on a trial mode as far as Bird’s CEO is concerned. After the scattered electric scooters in the Santa Monica area, VanderZanden messaged the City Mayor of a $3 million proposal for solutions in traffic and parking. But the mayor was not as accommodating at that time and passed him off to officials handling the issues.

The electric kick scooters inception to road traffic was not perfect with some misdemeanor charges filed in court and accidents happening with its riders suffering from minor accidents to serious head injuries. But with the population in on cycling, skateboarding, and roller skating, the e-kick scooter riders have the inclination to use the vehicle with more enthusiasm as ever.

Clearly, Bird electric kick scooter company was expecting stiff competition from other ventures in the business with Scoot, Skip, Lime, Spin, Uber owned Jump, and Lyft. The increase in the e-units is not all for Bird alone, the rest were from the competitors in the trade. Other entities that applied for business permits in the electric scooter business are Ofo, Razor, Cyclehop, USScooter and Ridecell.

But the Municipal Transportation Agency approved five companies to operate in their urban city for its 24-month trial program. The four top companies are Bird, Lime, Lyft, and Jump owned by Uber that triggered the stiff competition against each other). Bird tops all other competitors making it to a billion dollar in valuation in just over a year of operations.

The SFMTA will require the electric kick scooter companies of the following once approved of their business and operating permits in the city:

A $10,000 fee for repairs on public property and environment maintenance

Data sharing of trips with the city.

The temporary prohibition of the electric scooters saw no effect due to its demands and patronization of riders in the metropolis. Investments for the e-kick scooters poured in for companies like Bird and Lime. Bird authorized a $200 million funding round that will reap in about a billion dollars. Bird’s electric kick scooter stiff competition, Lime e-kick scooter company, raised $250 million for additional funding.

The Hub of Electric Kick Scooters in the U.S.

Santa Monica, California is where the dockless electric kick scooters were born. The electric transportation company grew to become a multi-billion dollar industry. The e-scooter industry depicts the newest innovation of electric vehicles that is shaping the landscape of the mode of transport of the future. The e-kick scooters began appearing in other concrete jungles across the country like Texas, North Carolina, New York, Washington DC, and other urban cities across the country.

Last December 2018, the city of Chicago was still studying how electric kick scooters can become one of the solutions for traffic congestion, noise pollution, and greenhouse gas emissions. The Chaddick Institute for Metropolitan Development at DePaul University is the promoter for effective urban planning of the city; it printed a study last December 12, 2018 about the electric kick scooter’s role for the people of Chicago taking short commutes. The study concluded that it is best to use the e-scooter when traveling from one neighborhood to the other, discarding the use of cars in these trips.

The study gave attention to the effect on how electric kick scooters will benefit travel time, reliability of the e-vehicle, and the convenience it will deliver to the people of Chicago on shared e-scooter sharing with respect to other means to get from point A to point B. The research yielded more favorable results than the negative impact it will have on the innovation.

On June 15, 2019, a pilot program for the electric scooter deployment will be held on a 50 mile test zone that will include the West, Southwest, and Northwest areas of the city of Chicago. The trial for these e-vehicles will be until October 15, 2019.

Starting Saturday, 2,500 electric scooters will be available to rent in a 50-mile test zone covering parts of the West, Southwest and Northwest sides. In the test zones are Wicker Park, Austin, Avondale, Pilsen, and South Lawndale while the Loop and Lakefront are not in the trial areas. Every morning, 625 scooters will be available at the two areas of priority and that will be the western half of the test zone. Ten companies will participate in the pilot program in the inclusive dates. They are Jump, Gruv, Bolt, Bird, Spin, Sherpa, Lime, Lift, Wheels, and Veoride.

Please visit our website at www.electricscooter.com and learn more about the amazing e-kick scooter.