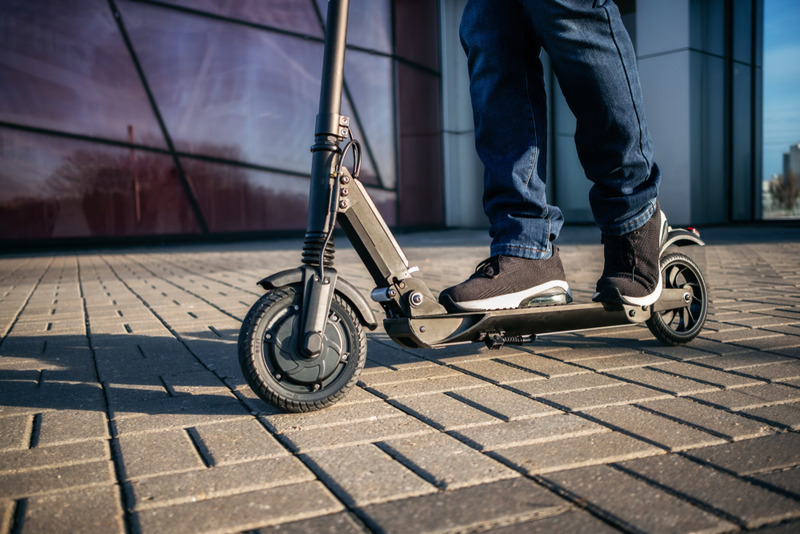 Governments are racing against time to find a solution to the worsening global warming. As experienced in the past months, the high heat indices registered all over the globe cause health problems to humans. It’s not only the heat that worry environmentalists but the air we breath are getting polluted with the carbon dioxide emissions in the burning of fossil fuels.

Last February 2019, the Guardian reported 7 million premature deaths and polluted air led the demise of people, especially individuals with mental disorders every year. Populations living by roadsides have the higher risk of falling to dementia with the toxic air they breathe. The problem is real and world governments are finding environmental solutions before it gets out of hand.

Where air pollution is rampant, traffic congestion is the culprit of these environmental hazards. Clogging traffic produces air pollution twice and is a huge waste of time for commuters. It is in these premises that the entry of electric kick scooter is an encouragement to the commuters for short journeys and is a part of the environmental solution to reduce carbon dioxide emissions and air pollution.

A private company called INRIX, based in Kirkland Washington, provides data and analytics for specific areas such as traffic and parking to automobile manufacturers. INRIX reported the following findings measuring traffic congestion in 1360 urban cities in 38 countries across the globe. The city of Los Angeles is the top metropolis where drivers spend 102 hours annually in traffic congestion during peak hours. Moscow and New York follow with 91 hours each, Sao Paulo in Brazil has 86 hours, while the city of San Francisco is at 79 hours.

The situation is bad and in need of a solution for traffic congestion resulting to double the air pollution output. Cars make up in the carbon dioxide emissions in our surroundings. Administrations are keen to replace fossil fueled cars with electric kick scooters or other mode of transportation that does not use petrol to power their transportation. NASA sat a zero emission goal at the surface of the earth  to try and rid the accumulated greenhouse gases above our atmosphere.

Electric Scooters is part of the Micro Mobility Solution

Bicycles are options to replace cars on the streets, but the working class do not want to be all sweaty when they come in for work. The alternative solution is for electric kick scooters to set in. More and more entities are investing in electric kick scooter companies as encouraged by the first businesses that went into this field of interest. The e-scooter sharing scheme has grown to be massive in terms of returns in investment and acceptance of the public.

In the early months of 2018, Electric kick scooters began traversing the streets of San Francisco. No fancy promotions went up for recognition of this unexpected arrival of the e-vehicles. The residents of the city reacted to the adaptation of this toy-like technology that will change the landscape of commuting. Fortune Magazine stated that it is the fastest acceptance of consumers of a new technology ever seen in by investment analysts. Electric Kick Scooters as replacement of cars, or at least many of it.

The electric kick scooter system is working great in most cities already. It starts by downloading an app that connects the user to the central processor of the scooter company. The rider then scans the e-scooter code on his cellphone together with the info of the unit he is about to use. E-kick scooter rental starts at $1 to activate the vehicle. Afterwhich, an additional of 15 cents to 18 cents per km charged to the users for rental. After the rent, the user parks the car properly and is required to take a photo of the parked vehicle and send it to the electric Kick scooter company.

The e-vehicle may look like a toy but it will deliver what the world needs. Reduction of air pollution, noise pollution, traffic congestion, and parking concerns. There is concrete proof that the usage of cars dropped by as much as 30% sinc the e-scooters inception to the  public. The Lime Electric Kick Scooter Company reported a 30% decrease in car usage and 20% said that their first ride on an electric scooter replaced a car trip.

At first, some people did not like the idea of electric kick scooters on the road. They said that it was annoying and a scatter hazard in the streets of San Francisco. But most users find it practical as it was more of a boon than bane to commuters. The e-vehicles are cheap, easy to learn and use, and most of all bring out the child in us for its fun to ride. Most of all, it answered the issue of last mile transit from the bus, train, and subway stations to the doorsteps of their homes and vice versa.

The Pros of an Electric Scooter

The Electric Kick Scooters are great replacement for Cars.

The Electric kick scooter for environmental solutions have this goal to augment public vehicles to provide answers in the pressing problems in traffic congestion and carbon dioxide emissions.

Visit our website at www.electricscooters.com to be updated on the technological development of electric scooters.