Electric bike vs Moped or Vespa

Here, we are going to be comparing the running cost of an Electric bike vs Moped or Vespa with one of the electric bikes from Sanyo, Bionx or OHM. Before we get started, you should note that the numbers used in this comparison are only estimates.

Electric bike vs Moped or Vespa 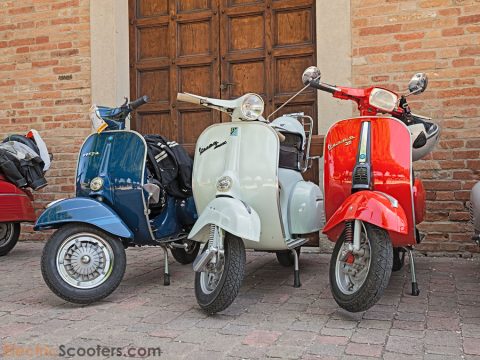 First, let’s look at some of the costs you should consider when it comes to a moped:

It can cost anything between $100 and $150 a year to register your moped in California with the DMV.

You’ll need to pay and pass a driving school test to get a Class M2 driver’s license. The application costs $28. If you’re riding a moped with an engine that’s bigger than 50cc (such as a Vespa), you’ll need to get a motorcycle license which is more expensive and cumbersome.

You will also need to get insurance for any mopeds with engines bigger than 50cc. Insurance costs could be between $150 and $500 a year depending on what type of insurance you get.

It will cost you around $8 to top up the tank of a Vespa. It can go 100 miles without needing a refill. The estimated cost per year should work out to around $500. It all depends on how frequently you ride, though.

Gas motors are much more complicated and are prone to many more issues than electric motors. This figure could easily be more, though. Some people have very few problems with their mopeds while others spend more time in the shop than on the road. There are many factors involved. So to be on the safe side, factor in at least $500 a year for maintenance.

This is another important consideration. The cost for parking in some of the busy areas in San Francisco can be quite a lot. There’s no efficient way of estimating how much it’s going to cost.

The total estimated cost for running a moped after purchase is between $1000 and $1650 + parking. 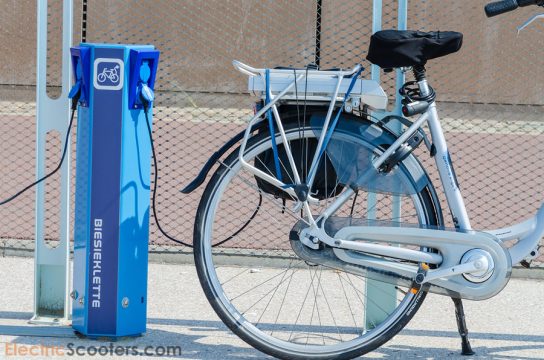 Now, let’s take a look at the costs of running an electric bike:

If the bike doesn’t go faster than 20 MPH, you won’t need to get it registered.

It’s not mandatory although you could add homeowners or renters insurance to protect it against theft.

It costs just $0.03 to charge the bike fully, and that will let you ride it for around 40 miles. Bear in mind that this is a conservative estimate. Let’s say the total cost for the year will be $10.

It will only be fair to factor in the cost of the battery separately over a three year period. A replacement, at the current cost, will be around $620. But this is certainly going to fall in the future. That’s $206 a year.

The annual cost of maintaining an electric bike is roughly $75 at the most. In the first year, it shouldn’t be more than $30 since tune-ups are usually included free of charge.

This brings the total estimated cost of running an electric scooter after purchase to $246-$291.

Now, we can safely say that on the battle between electric bike vs moped, you could end up saving anything between $754 and $1359 by riding an electric bike instead of moped. What’s more, they are more flexible, fun to ride and offer additional freedom of movement. There’s only one clear winner here.