Before You Buy an Electric Scooter

Electric scooter are all the rage now. They are cheaper than their gasoline powered counterparts, lightweight, and quick. While they are now surging in popularity, consumers are encouraged to do their research before they buy an electric scooter.

Contents show
1 What Exactly Is a Scooter?
2 The Mechanics behind the Scooter
3 Some Historical Details

What Exactly Is a Scooter?

A scooter is a motorized two-wheeled device that looks like a skateboard with handlebars. They can run on gasoline, oil, or electricity. Electric scooters run on electricity that is stored in batteries. While electric scooters don’t demand inconvenient trips to the gas station to ensure the engine stays powered, they do require recharging after the battery goes flat.

The Mechanics behind the Scooter

Electric scooters have a motor that powers the wheels and a battery that keeps the motor running. Depending on the make and model of the scooter, the battery can power an electric scooter between 10 to 30 miles of use. This is if the scooter is not operating beyond the weight limit, which will drain the battery much quicker.

Most electric scooters allow the rider to use the handlebars to regulate the speed in which the scooter travels. One lever is for braking and another is for throttle. Usually the speed determined by how far you rotate the throttle, similar in function to a motorcycle. This is quite different than the traditional kick scooter, which is powered the force from you pushing with your legs.

Electric scooters might be surging in popularity, but they are nothing new. Electric scooters have been around for decades, but only recently have they been easy and cheap to manufacture. The history of electricity powered vehicles dates back to the 1890s, when the concept of using electricity as a way to power motors was fairly new. During this time, many inventors were experimenting with ways to engineer an electric bicycle.

It wasn’t until World War II, when most countries’ gasoline reserves were being used to fight the Axis Powers, that we saw real breakthroughs in electric vehicles. This is when an inventor named Earle Williams created the first fully functioning electric moped in Europe. 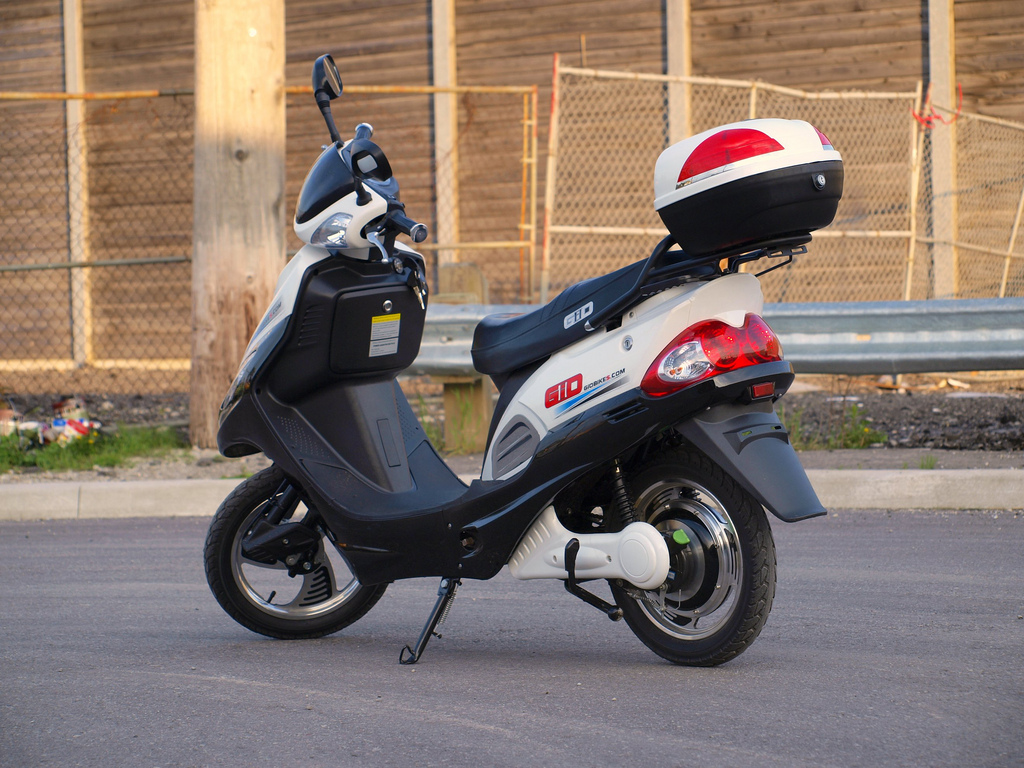 By the 60s the electric scooter had emerged on the scene. Unfortunately, at the time the short battery life caused them to be unsuccessful.

Why You Should Buy an Electric Scooter