Self-driving electric vehicle without a doubt will dominate our roads and will change the way we live and travel. Google, Tesla and other big names are racing to be the top producer of self driving cars.

As a response to the attention garnered by the much-hyped Tesla Model 3 electric car, German auto manufacturer BMW will unveil its all-electric flagship sedan, the iNext, in 2021. According to company CEO Harald Krueger, the iNext, as their new innovation driver, will usher in the new generation of electric vehicles. The all-electric sedan boasts a totally new interior and an intelligent lightweight design, and features autonomous driving and digital connectivity – truly a model that combines electric mobility with high performance and luxury. Just like with the previous i3 and i8 cars, the body will be made of carbon fiber-reinforced plastic. Not content with rolling out a new vehicle model, BMW is also planning a new electric car flagship that will run under the iNext name. 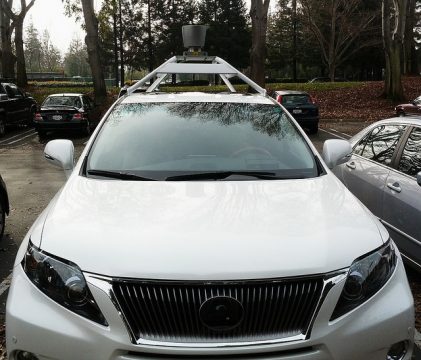 Long wait for iNext is busy time for BMW

Prospective car owners will have to wait for five years to purchase an iNext. In that period of time, the Tesla Model 3 would have hit the road, and car makers Audi and Mercedes-Benz would have introduced electric vehicles similar to the iNext. BMW, however, has plans and projects to keep themselves busy for the next five years. The German car maker is continuing work on their fuel cell technology and is planning to double the battery capacity of their i3 electric cars by 2017. They will also introduce new vehicles in the coming years, including new plug-in hybrids under their iPerformance flagship, the X7 SUV (the company’s biggest SUV to date), and the much-anticipated i8 Roadster which is set for a 2018 launch.

BMW aims to establish itself as a leader in autonomous drive, and the introduction of the iNext shows how serious the company is in entering the self-driving car business. Just last year, the company teamed up with fellow car makers Audi and Mercedes-Benz to purchase Nokia’s HERE Maps for $3 billion. The HERE Maps team is developing high definition maps for self-driving cars, so to enhance their real-time maps, they are planning to collect anonymized data from the three car makers, including BMW. The mapping technology will figure much in the cars under the iNext name. These highly digitalized cars will boast of cool specs, such as artificial intelligence, enhanced electric mobility, and sensor and cloud technologies.

The iNext will be the third model in the BMW “i” sub-brand of electric vehicles after the i3 and i8. Observers in the auto industry are doubting BMV’s fighting chance against other car makers who plan to roll out new long-range electric cars before the iNext. However, should the iNext come short against the competition, it could at least shake up the self-driving electric car market. Industry leader Tesla has yet to come up with a self-driving car concept of their own. Even Apple and Google is joining the fray. BMW is not in a hurry to launch the self-driving electric vehicle called iNext, despite already losing to Mercedes-Benz as the world’s top luxury car brand and lagging behind other car makers with regards to long-range electric cars.

Observers are wondering what the executives at BMW are thinking, and at the same time, they are discouraged, and BMW acknowledged that. They are only taking their time to introduce new innovation to the market within the next decade – but without letting out too much information. They give only sparse details with regards to the iNext, but just enough to make the auto industry sit up and pay attention. The German car maker may not have the time advantage to captivate prospective car buyers, but it has all the time it need to upgrade the features and specs of their upcoming self-driving electric car.