Scooters have been all the rage around the world recently but there are also fatal electric scooter accident that we would talk about and teach you how to avoid them. Falcon PEV, a distributor of electric scooters, sold more than 1000 units in Singapore in 2015. This is a 25% increase over their sales figures for 2014. 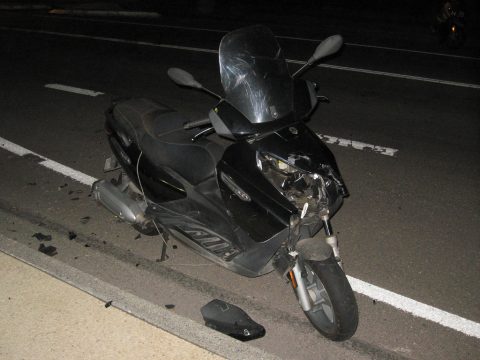 But, tragedy usually follows closely behind popularity. There were a number of reports of scooters catching fire and people getting injured. As a result of this, Singapore Airlines and some American airlines have banned their use on flights.

Spring Singapore, the regulatory authority for consumer product safety says that overcharging scooters may be the reason they overheat and eventually catch fire.

Let’s take a look at three recent deaths from electric scooters and how they could have been avoided:

Man dies after falling from e-scooter and suffering serious injuries

Mr. Sam Koh had been riding his scooter when he fell off and suffered serious head injuries. He was riding the scooter with a couple of his friends when the accident occurred. He wasn’t wearing a helmet while traveling from East Coast Park to Marina Bay Sands on the 19th of May when this accident occurred. He succumbed to his injuries and died the following day.

He used to work at PassionGadgets, a shop which sells e-scooters, and loved riding e-scooters. His brother describes him as an expert on the e-scooter.

This death may have been prevented if he was wearing his helmet. Also, e-scooters are only built to carry one. He shouldn’t have been riding with other passengers.

Nawaf Al-Tuwayan had been riding his e-scooter when he fell in front of a moving bus on the 10th of December 2015. This 15-year-old Londoner was buying milk for his family when the accident occurred. His body had been dragged for a staggering 183 m before the bus driver even realized what was happening. Passers-by spotted the accident and chased the bus to make it stop. But by the time it did, it was already too late.

Another fatal electric scooter accident was when Mr. Matthieu Maugueret fell off his e-skateboard on the Green Connecting Bridge while going towards East Coast Park. He wasn’t wearing his helmet and suffered serious injuries to his head because of the fall. Pedestrians found him on the streets. He died just five days after on the 17th of November 2015.

Once again, this death could have been avoided if he was wearing the recommended safety gear including a helmet.

E-scooters aren’t dangerous when handled properly. It is only when you don’t obey the rules that you are at risk of getting injured. These incidents shouldn’t put you off riding or buying e-scooters. They are still a very safe and comfortable way to commute.