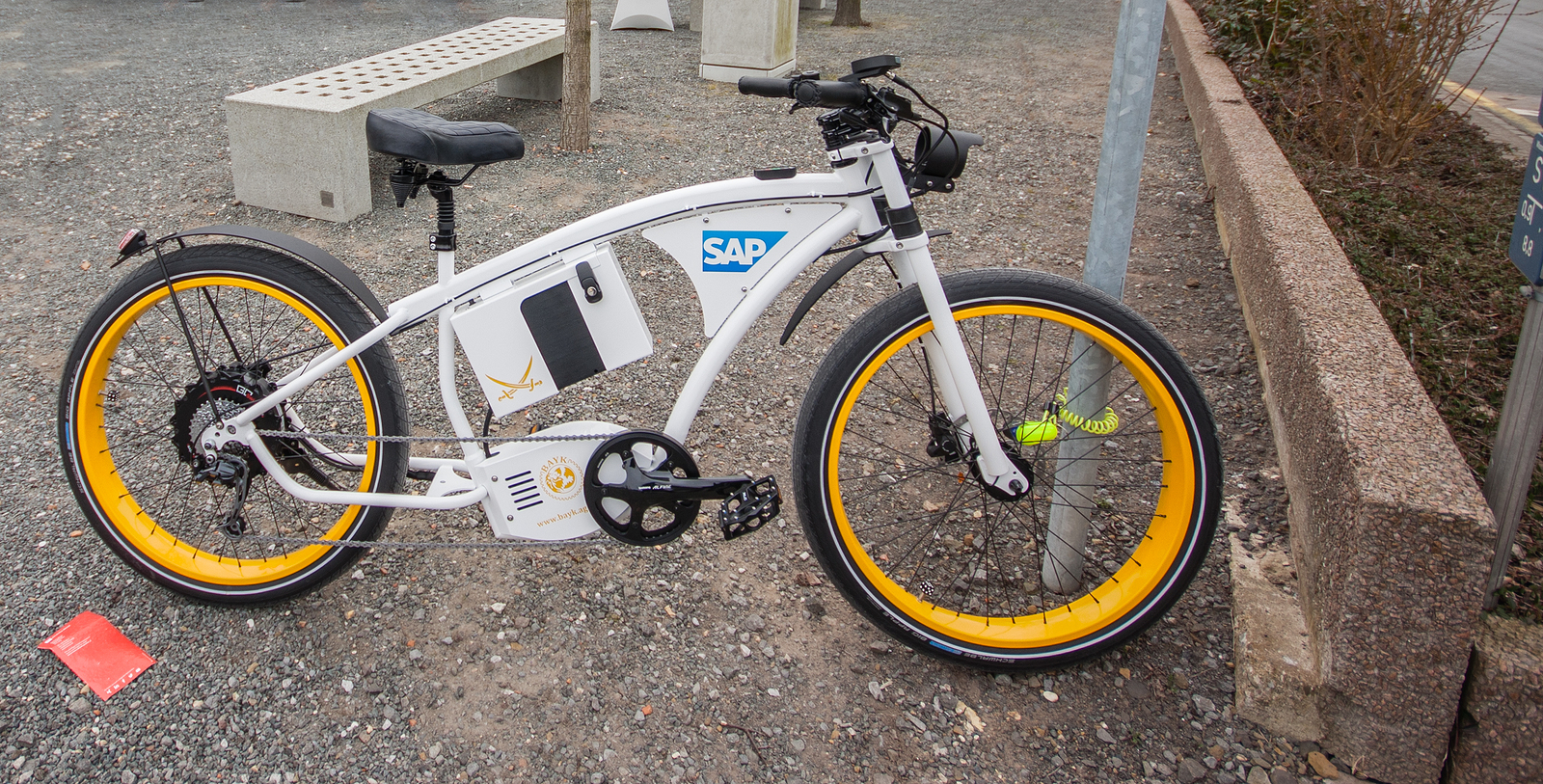 Some of the Fastest Electric Bikes

With an outstanding speed of 80 kilometers per hour, the  Stealth 5-B2 is one electric bike than you can enjoy riding. The unparalleled high-velocity and powerful riding experience make this one of the fastest electric bikes for sale that is worthy of your money and time. This e-bike is made from premium parts to ensure that users get to enjoy a superb driving experience. This is also one of the electric bikes for sale in the year 2017 that runs on an intense power output of 5200 Watts of 100% electric thrust.  On just a single charge, this e-bike can cover an impressive 80 km. Users may also opt to use the bike on either of the two performance offered.

Recharging this e-bike likewise takes an only minimal amount of time. For only two short hours, the Stealth 5-B2 is certainly one of the electric bikes for sale that can be used almost continuously for a long period of time after plugging it in for 120 minutes.  It is equipped with a Lithium battery plus a Battery Management System that both guarantee reliability, range, and performance. This e-bike also comes with an additional pedaling power with the help  of an advanced  sequential box with 9-speed levels that is intended for extend the driving range as well as the efficiency of the bike.

Another e-bike that is expected to offer its big competitions a run for their money is the LA E-Bike EDGE PRO.  This flagship e-bike model prides itself from being conceptualized and designed from genuine experience on the tracks.  Having a maximum range that could reach 80 miles sans pedaling, this e-bike is certainly one of the electric bikes for sale to be anticipated in 2017. As it comes with a large capacity battery system powered by 74 V and 20 AH, this e-bike guarantees maximum enjoyable experience for those who seek speed and adrenalin rush when  biking.  This bike also features advanced safety features such as the Quad Piston and Twin Piston installed in its front and rear hydraulic brakes systems. These also include 8-inch rotors.  The powerful Regen brakes also enable the bike to halt from high speeds and it assists in regenerating battery power. Another advantage of having this system is that it slows down the possibility of wear-and-tear  on  the brake pads while  boosting the battery life at the same time. Among the electric bikes for sale on the market, this e-bikes e is one of the very few that make use of the Sine Wave controller and a programmable throttle maps.  When it comes to speed, performance, and technology, the LA E-bikes are among the electric vehicles that are expected to thrive from 2017 onward.

Although the name M55 Terminus sounds like a term from a sci-fi playbook, this e-bike is all reality and all genuine when it comes to performance and speed. It is also among the fastest electric  bikes for sale  that come with a Pedelec Technology . The recorded speed of 80 kilometers per hour on a flat road.  This e-bike is powered by a total of eight battery cells that are ingeniously installed into the supporting frame of the unit itself.  Another feature that makes this electric bike a standout is that it make use of an e-bike technology on its motor that draws a minimal 60A on a full power. The manufacturer also guarantees am ‘as new’ performance even after a staggering 1000 charge/discharge cycles.

The engineering technology, as well as the advanced technology materials that are used within this e-bike, are among the top reasons as to why the M55 is one of the best electric bikes for sale this year and in the year 2017.  The body is engineered to last as it is made from carbon fiber, CNC-machined aluminum, and Titanium. The braking  technologies used in this electric bike are inspired from F1 racing cars that essentially provides users the best ride quality and safety. Apart from the engineering excellence and the superb  hybrid performance , this e-bike is also designed to be aesthetically appealing to users.

Among one of then most expensive with the estimated retail price of $11,500, the 2017 HPC Revolution is also among the fastest electric bikes for sale in 2017. With a maximum  speed of 80 km, users of this bike can enjoy a maximum 80 miles range when fully charged. This electric bike is also one of the most portable among the electric bikes for sale in today’s market thanks for to the lightweight Li-NMC battery system.  One of the reasons why this e-bike made it to the list of the highly anticipated hybrid bikes is that UN 38.3 Certified batteries that guarantee wider range, increased safety,  faster speed, and overall better performance.  On top of that, this e-bike also comes with a FREE charger.

The unit is engineered, designed, and hand-built in the Los Angeles, California. The designers and  team of aerospace engineers behind the HP Revolution X spent three years  researching and developing the product. The designers also drew inspirations from real-life experience they have at NASA-JPL. After a number of prototypes and extensive CAD analysis, the final 2017 HPC Revolution X has finally been produced and is set to wow the world of e-bike enthusiasts.  Another breakthrough that the firm also offers is the E-Bike Conversion Kits.

For the e-bike enthusiasts who are into more classic designs, the Vintage Electric Tracker is the best option for you. This is one of the unique electric bikes for sale as it has been built to stand the test of time.  The new tracker can go up to 36 mph in  race mode or a driving range of up to 35 miles.  This WWI- era racer line has  equipped a saddle made from Brooks leather giving it that classic and timeless look.  The rear hub is set in  two different settings. One is on a 750-watt model specifically for tooling and another one is the 3000-watt mode that allows users to drive on  36mph speed when cruising on the country roads.

Recharging the battery of this e-bike only takes 2 hours. For those who wish to have an upgraded version, the Race Mode can be equipped with a 3000-watt rear-hub mounted motor which can help users accelerate to 36mph.  However, it is important to note that this is only recommended for off road use. The lightweight frame and the superb battery outputs are two of the main reasons this model is one of the best electric bikes for sale to watch out for.

Every year, different models of electric bikes for sale are made available on the market. While many manufacturers are now going for more futuristic designs, there are still  models that are conservative in nature. Nevertheless, when it comes to power and speed, the competition is inevitably present and felt by the biking enthusiasts. If you are interested in knowing what 2017 can offer you,  you may give the aforementioned models a quick check as well.  Be informed of the best electric bikes for sale and give yourself a good head start.