An Electric Scooter in Urban Communities

The first electric scooter was available to the public in 1996 but it wasn’t until 2018 when these devices rose to popularity.  In August of that year, the arrival of e-scooters in Louisville won the hearts of over 400,000 users, taking Lime and Bird out for a spin.  Since then, similar companies released their designs of an electric scooters, and brands like Jump, Lyft, Spin, HOPR, and Bolt were born.

With this trend among residents and even tourists, electric scooters have the potential to replace conventional vehicles and become the main mode of transportation in cities like Louisville.  The idea of scooter-dominated roads left urbanists and urban planners alike pondering about the pros and cons of such means of transport.

What’s more, with global warming and the ongoing pressure of climate change, debates are emerging whether these electric scooters are essentially eco-friendly.

A Better Ride for Short Distances

In a census from city-data, a scooter can cover an average distance range of .66 miles from August 2018 to July of 2019.  The median of which was 1.19 miles. The question is: Is this enough to transition from personal vehicles to electric scooters?

To draw people to use electric scooters would pose an immense challenge for green environment advocates as these individuals confined themselves to the use of their vehicles.  This did not spare those who commute using bicycles given that most roads have designs to accommodate cars rather than pedal-driven vehicles. 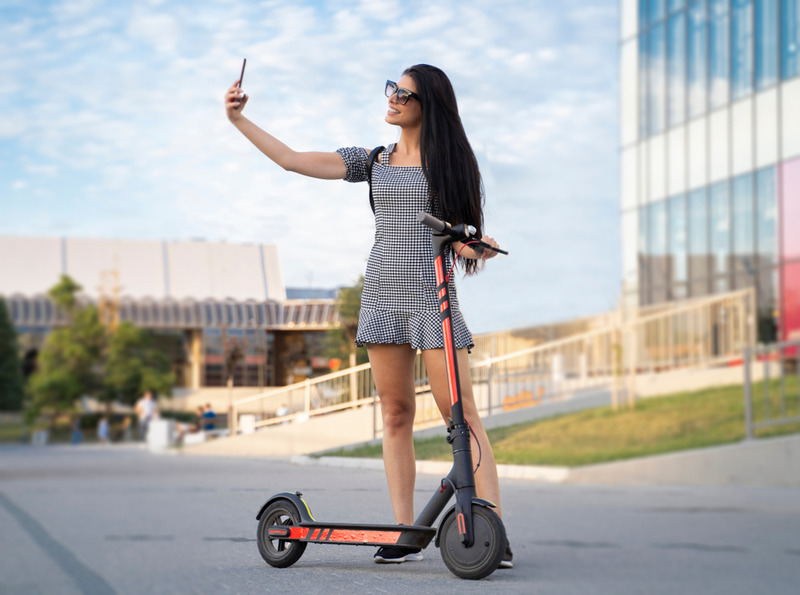 The Electric Scooter Benefits the City

To get them to their destinations, by way of car or preferred transportation, there are options made available for commuters.  However, they have to put matters such as those that generate less traffic or contribute minimal pollution into consideration.

This concept poses no problems for tourists, especially when they want to make the most of their holiday and maximize sightseeing as much as possible.  Taking a ride on an electric scooter might be the best possible answer.

That being said, e-scooters can do only as much as take them on short-distance trips, conserving fossil fuels as in the case of cars.  Additionally, e-scooters have the advantage of maneuverability through narrow passageways. This can consequently bring its riders to their destinations in a shorter time.

Solution for the Last Mile Problem

Outside the limits of the city, the last mile problem remains one of the major issues for urban planners.  With e-scooters, it may very well serve as an ideal solution for this movement, especially for short mean distances.

The last mile is a term used to describe the concluding section of the delivery of commodities and commuters from a transportation hub to its final stop.  The usual route of buses typically ends in areas where there are few to none sidewalk systems.  This is where e-scooters come in. These may be able to subtend the rift by serving as envoys to transport commuters to their respective destinations.

Plans for the E-Scooter Deployment

The Office of Advanced Planning constructed a plan last 2016, which conveniently applied to scooters in cities like Louisville. In this policy, a mass of considerations was on the table to allow the transition of public transit with bikes and scooters being part of that shift.  One study revealed that 82% of commuters in Louisville drive to work alone.

When shared scooters first came out, the 2016 document recently came through. Bird, in particular, was still putting up with various capital firms to seal a contract. The goals of this plan fully encompassed the e-scooters under the LouVelo bike-share program.

In an interview, authorities didn’t anticipate that e-scooters were going to show up on our street, but we have a goal that says embrace smart mobility, and they knew that the sharing economy was growing.  Although Louisville is in the process of developing its roadways to accommodate different means of transportation, urban planners are still doubtful whether the city is truly ready to handle electric scooters.

Last July, eight operators operated simultaneously as the city dock less vehicle policy improved.  This is a huge step up compared previously when only four were permitted to operate. Included in the revision was the lowering of company ideals in terms of the sizes of their fleets.

On average, one company is allowed only 650 vehicles as per the probationary license.  On the other hand, 1,050 vehicles are granted to companies that possess a full operational license.  Companies that function within Louisville operate on a regulation that restricts them from rapidly growing their scooter business.  Under this law, companies can add a maximum of 100 scooters a month during its probationary period, whereas up to 200 scooters roam the streets for those with a full license.

Despite its boom, e-scooters received quite a handful of negative criticisms, to the extent that some of the vehicles suffered vandalism.  This is not the first time.  From brakes being cut to scooters being thrown into the river or being set on fire, numerous other similar cases happened across states.

One of the reasons for these destructive acts is due to the poor handling of their owners.  Individuals blatantly expressed their disdain towards the vehicles for improper parking in the middle of sidewalks or even obstructing ramps designated for disabled patients.

One of the best features of e-scooters is its sustainability.  While these vehicles herald for being more eco-friendly than cars, some studies reported that they are not entirely green.

Electric scooters require regular charging and transferring them to charge hubs can increase their lifetime emissions.  Gas-powered vehicles usually gather the scooters and return them to private garages to put them back up at a certain location the next morning.

Lime data published that each car trip is equal to one of three scooter trips.  Moreover, both Lime and Bird are developing ways to counterpoise the emissions discharged by their fleet, and this includes pick-up vehicles.

The E-Rides are for the People

Cities that embraced innovative technology openly chose e-scooters as the preferred mode of transportation.  This gave rise to accessibility programs wherein companies petitioned people who have narrow choices for transport.  Lime Access, One Bird, and Bolt Forward are some of the companies that offer rental scooter services for anyone who meets the criteria of government assistance programs.  For convenience’s sake, these programs allow transactions through the use of cash and regular phones rather than a credit card or smartphones, respectively.

Electric Scooter technology and transportation is something everybody should have access to.  The more riders get access to use micro mobility, the better it will be for our cities. It will be for the improvement of our communities and better off our citizens of this country.

To Buy or Not to Buy an Electric Scooter